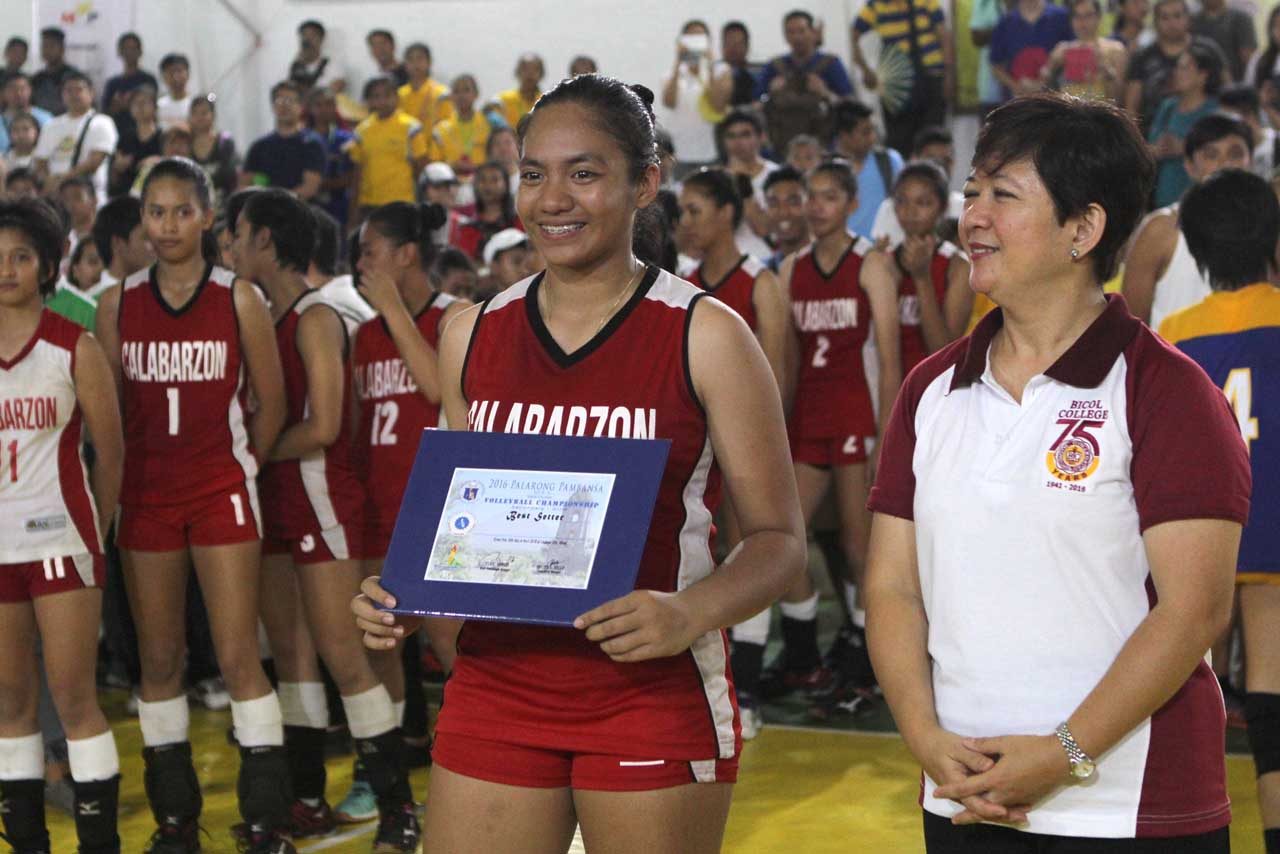 LEGAZPI CITY, Philippines – Janel Maraguinot, the younger sister of Ateneo Lady Eagles rising star Jhoana, is likewise already making a name for herself as early as now. She bagged the Best Setter award in secondary girls volleyball during the 2016 Palarong Pambansa.

Aside from the special award the 16-year-old received Saturday, April 16, Janela has already shown leadership skills after spearheading Calabarzon’s charge in their finals match-up against NCR.

Despite the hustle and solid attacking showcased by her team, they still failed to take the crown. But the team captain remains proud of her team.

Calabarzon lost to NCR in 4 sets in the battle for gold, while NIR prevailed over Davao Region in their battle for third place.

The mother of Jhoana and Janel was spotted by Rappler at the playing venue Saturday morning. Lovella Maraguinot, who used to play volleyball in her high school and college years, excitedly shared how proud she is of her two daughters.

The very supportive mother of the two outstanding volleyball players left Manila last Sunday after Jhoana’s game against La Salle and went straight here to support her younger daughter in her Palaro stint. Two Maraguinots in the UAAP?

Third year Jhoana has undeniably become a key player for the Ateneo Lady Eagles in Season 78 of the UAAP. In fact, she finished with an impressive 17 points built off 10 spikes, 4 services, and 3 blocks in Ateneo’s semifinal game against the University of the Philippines Saturday.

Janel is very proud of her older sister’s accomplishments and is thankful for the playing opportunities given to them.

“It’s an honor kasi pareho kaming mataas ang pinaglalaruan. Thankful kami.” (It’s an honor for us to be playing in our teams. We are really thankful.)

It would be very exciting to see these two sisters either play together or play against each other in the UAAP. But according to their mother, they aren’t hurrying in terms of Janela’s future in college.

Nothing is sure as of now except that people will surely look forward to seeing Janel dive into the collegiate volleyball wars. – Rappler.com