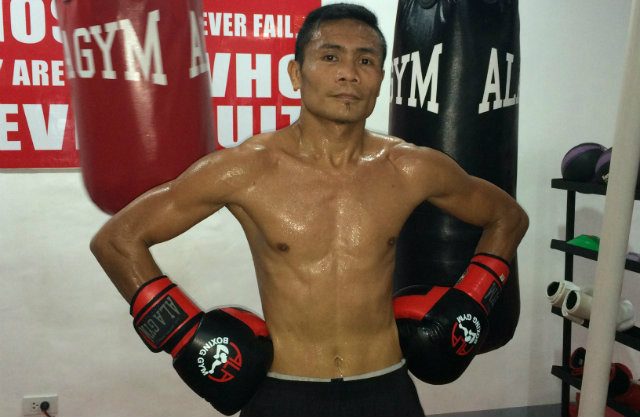 MANILA, Philippines – Filipino boxing champion Donnie Nietes has vacated his WBO junior flyweight title and will move up to 112 pounds in search of a world title in a third division.

The 34-year-old from Murcia, Negros Occidental will face former WBC junior flyweight titleholder Edgar Sosa on September 24 at the StubHub Center in Carson, California with the vacant WBO Inter-Continental flyweight title at stake. A win would establish Nietes (38-1-4, 22 knockouts) as a viable contender at flyweight.

“Donnie feels that his body right now is ripe to fight in the flyweight division. Although he can still make the junior flyweight limit, Donnie wants to fight in the higher division,” Michael Aldeguer, president of ALA Promotions, told Philboxing.

A phone call to Aldeguer seeking additional comment was not immediately returned. A message to Sosa on Facebook was also not answered by the time of this story’s publication.

Nietes had held the 108-pound belt since 2011, ascending to Ring magazine champion status in 2014 with his knockout of Moises Fuentes in their rematch. The WBO had ordered Nietes to face Fuentes a third time after the Mexican boxer outpointed Francisco Rodriguez Jr in an eliminator this past December.

Nietes, who had also held the WBO title at 105 pounds, is angling for a fight with WBA/WBO flyweight titleholder Juan Estrada, which will have to wait as Estrada is said to be mandated to face WBA “regular” titleholder Kazuto Ioka of Japan.

Sosa (52-9, 30 KOs) of Mexico City has fought just once since being stopped in two rounds by Roman Gonzalez in May of 2015. The 36-year-old returned in February of this year, weighing 125 pounds in a six-round decision over Orlando Garcia.

Sosa made 10 defenses of the WBC junior flyweight title he won with an upset of Brian Viloria in 2007 before losing it in a second round technical knockout defeat to Rodel Mayol in 2009. Sosa has fallen short in 3 attempts to win a second title against Pongsaklek Wonjongkam, Akira Yaegashi and Gonzalez.

“Sosa is a great world champion. He has  good skill and he is tough. We will prepare Donnie the best we can,” Nietes’ trainer Edito Villamor says.

Nietes is coming off a dominant fifth-round technical knockout of former champion Raul Garcia in May. – Rappler.com