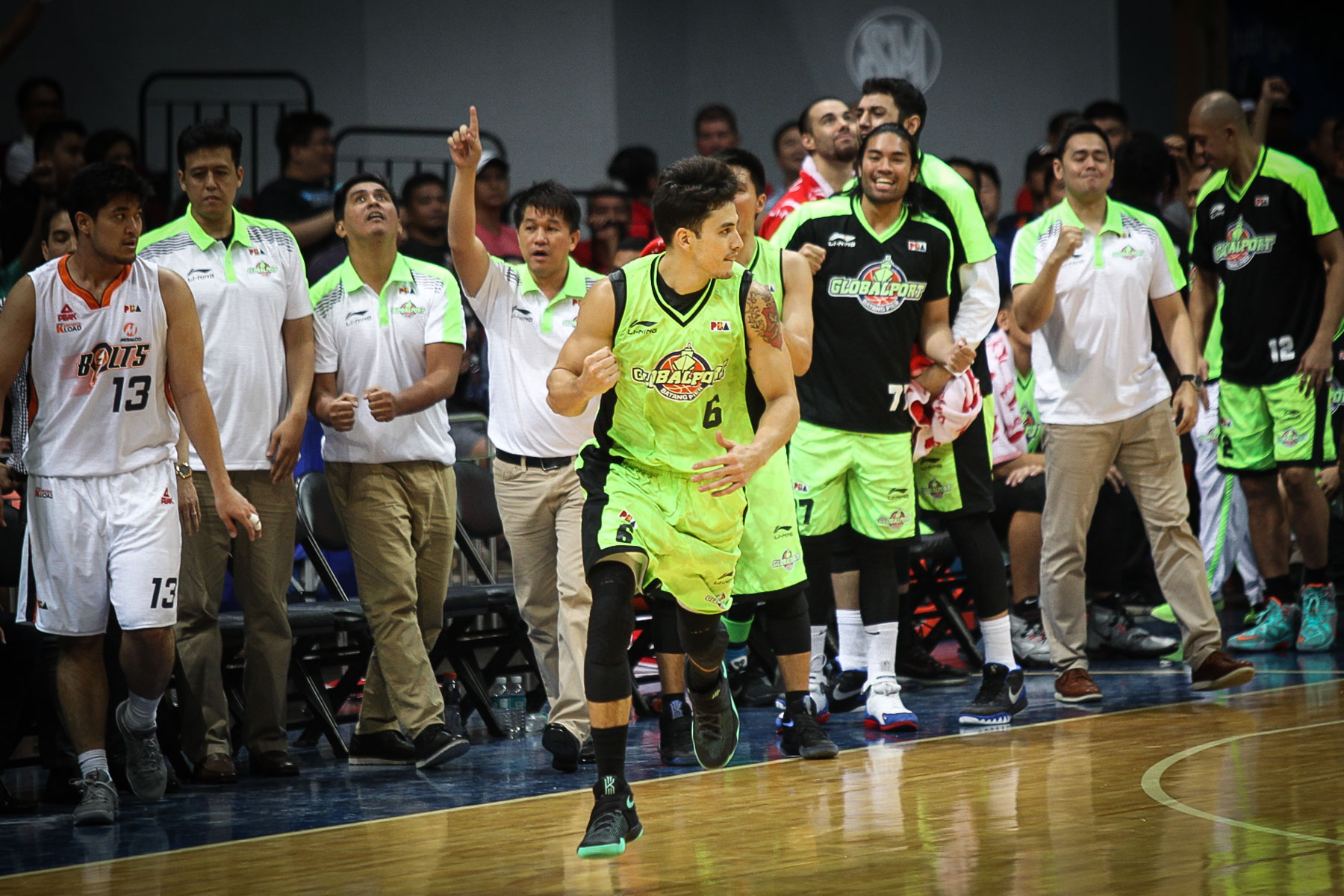 MANILA, Philippines – Anthony Semerad sealed the best game of his PBA career with a game-winning 3-pointer in double overtime to lead the GlobalPort Batang Pier past the Meralco Bolts, 126-123, on Sunday, August 14, at the Mall of Asia Arena.

Semerad finished with a career-high 24 points, coming mostly from 6 3-pointers in 8 attempts. Terrence Romeo was also up to his usual tricks by scoring 24 points and dishing 7 assists, while Batang Pier import Michael Glover recorded 26 points and 16 rebounds.

Stanley Pringle also played well, putting up 15 points and dishing 8 assists, including the one that led to Semerad’s clincher.

The game seemed over when GlobalPort was up 100-94 with 20 seconds remaining in regulation. Cliff Hodge hit a 3-pointer with 11 seconds left on the clock to make it a one-possession game, and then on the Batang Pier inbound, Terrence Romeo threw a bad pass which led to a Durham steal and basket, plus the foul.

Durham converted the free throw to tie the contest at 100, followed by a missed Pringle game winner.

GlobalPort looked primed for another win when it was ahead by two, 114-112, thanks to a Pringle basket late in the first overtime period. Meralco, however, was able to tie the contest after Chris Newsome was left open from the top of the key for a long two. Pringle then missed another game-winner, leading to a second extension.

A big 3-pointer by Jay Washington with 1:19 left in the second OT tied the match again at 123. Both teams then went scoreless over the next minute, until Pringle found Semerad open from the corner after a pick for the game-winning basket.