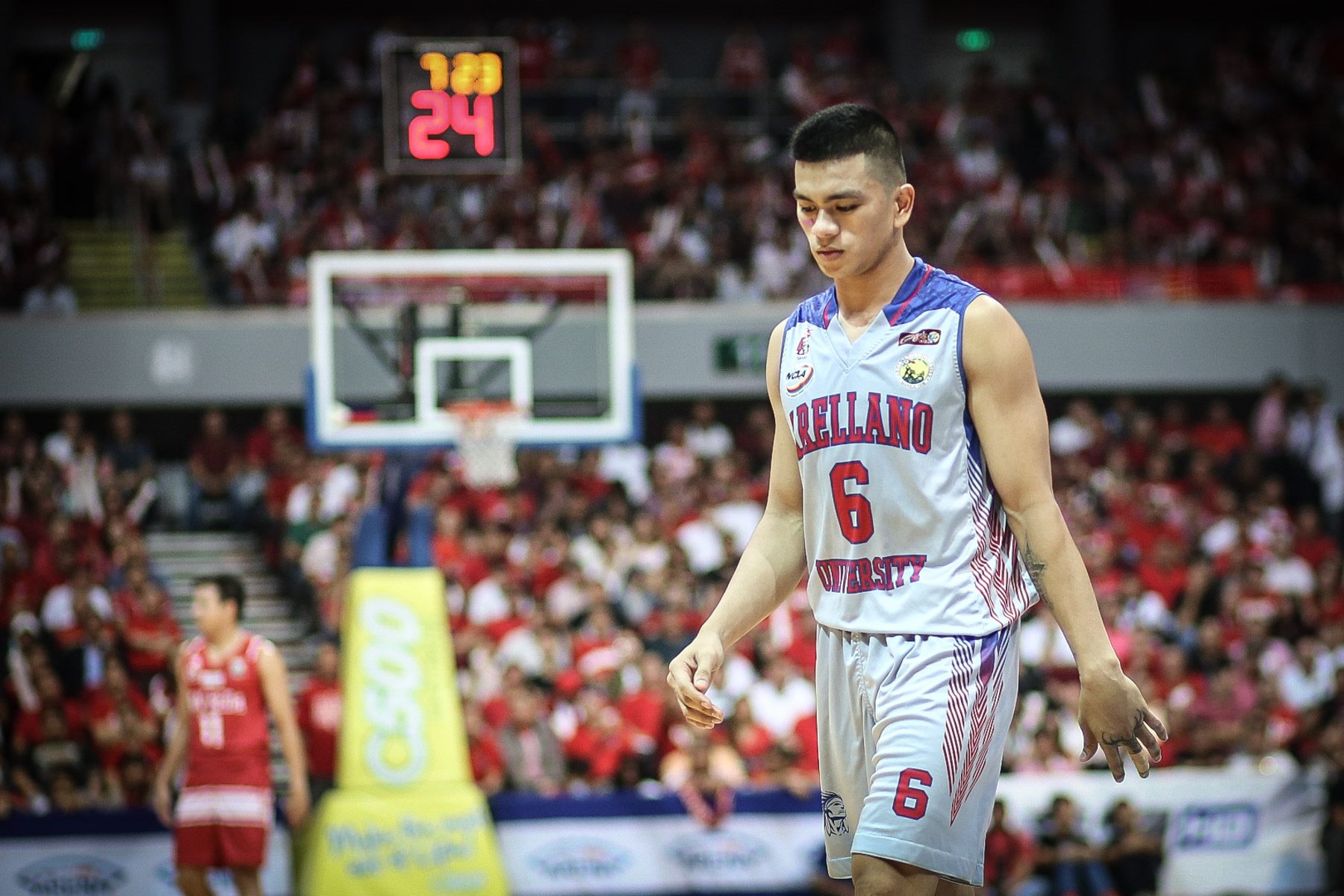 Facebook Twitter Copy URL
Copied
Arellano lost to San Beda all season long, 5-0, and its future next season remains uncertain as Jalalon mulls the next step in his basketball career

MANILA, Philippines – The whistle blew with 35.3 seconds left in the game, its sound piercing the roar of Red Lions fans anxious to celebrate a 20th NCAA championship.

Jio Jalalon, guard for the Arellano Chiefs, heard it loud and clear. It signaled the end of his Season 92 and his time on the floor in Game 2 of the NCAA Finals against San Beda.

The whistle meant he had committed his fifth and final foul. He was done for the afternoon, the year, and just maybe his collegiate career. The veteran bowed his head and walked to the bench, knowing his team failed to give the school its first NCAA title for the second time in 3 years. (READ: San Beda sweeps Arellano for record 20th NCAA title)

Despite falling short anew, Jalalon found some semblance of meaning.

(We’re not blaming any one of us because we played well today. We achieved our goal of making of making the finals but we didn’t get the trophy. This day isn’t for Arellano U. One day Arellano’s time will come.)

If only sheer doggedness was the key to winning at least Game 2, then Jalalon would’ve succeeded in pushing the series to one more winner-take-all match.

Jalalon, who came in second in this year’s MVP race but was named to the Mythical Team, practically willed Arellano to stay in the game, especially in the fourth when he dropped 8 of his total 19 points. (READ: Mapua’s Allwell Oraeme bags back-to-back NCAA MVP award)

He drained a couple of clutch triples to put the Chiefs ahead twice, 66-63, and 71-69, early in the payoff period after they trailed by as much as 11 in the third.

But as San Beda’s Davon Potts and AC Soberano caught fire from long range in what quickly became a classic shootout to remember, Arellano’s hopes of extending the series faded.

With less than two minutes to go, the Chiefs’ fire had been extinguished and the Red Lions marched on to their sweet redemption after last season’s finals letdown. (IN PHOTOS: San Beda reclaims NCAA crown at expense of Arellano)

(For me it really hurts that we lost. But this is the sweetest finals of my entire life.)

(There’s no one to blame. It just isn’t Arellano’s time. I saw our effort was okay but we lacked a little bit more on defense. The coaches gave it everything but it’s the players who fell short.)

Arellano lost to San Beda all season long, 5-0, and its future next season remains uncertain as Jalalon mulls the next step in his basketball career.

“Hindi pa ako nakakapag-desisyon. Hindi ko pa alam kung anong mangyayari sa buhay ko,” the 24-year-old said of whether or not he will play out his final year or move on to the PBA or the national team.

The PBA Rookie Draft deadline is at 5 pm on October 14, with the draft set for October 30.

Jalalon, who was part of the Gilas cadets pool and served as practice player for the men’s team ahead of the FIBA Olympic Qualifier early this year, also has a chance to be included in a separate Gilas pool of rookies.

Details are reportedly still being ironed out about a potential split draft where there will be a regular pool of rookies and another pool of 12 Gilas players from which the 12 PBA teams can select.

(I haven’t thought about going pro. But I’m not sure about going back to Arellano. I’m still confused right now. I think I need more time to really think about it.) – Rappler.com