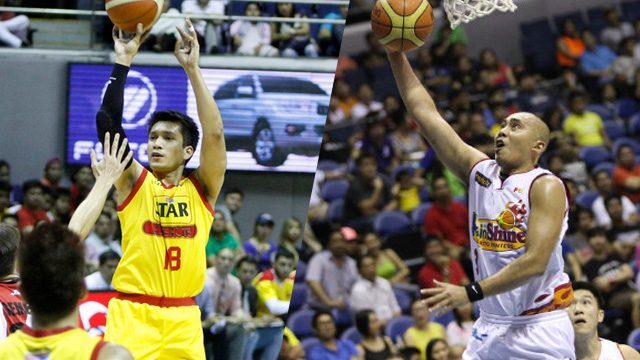 MANILA, Philippines (UPDATED) – In a blockbuster of a deal, the Star Hotshots have dealt veteran and former PBA MVP James Yap to the Rain or Shine Elasto Painters for Paul Lee, according to a report by Philstar.

PBA Media Bureau Willie Marcial has yet to respond to Rappler for confirmation as of posting time.

Lee, who was drafted second overall by Rain or Shine in 2011, averaged 10.3 points, 2.5 assists, and 2.7 rebounds a contest this past PBA season for the Elasto Painters. He also led the team to the 2016 Commissioner’s Cup title, and was named Finals MVP.

The deal was confirmed to Rappler by Rain or Shine co-owner Raymund Yu, who said the move was motivated by the exposure that will be given for the team’s other players.

“Move was also made to have guys like Mav (Ahanmisi), Chris (Tiu), and Jericho (Cruz) to play more, according to Coach Caloy (Garcia).”

On what helped the franchise deal for Yap, Yu said it was “his ability to win big games.”