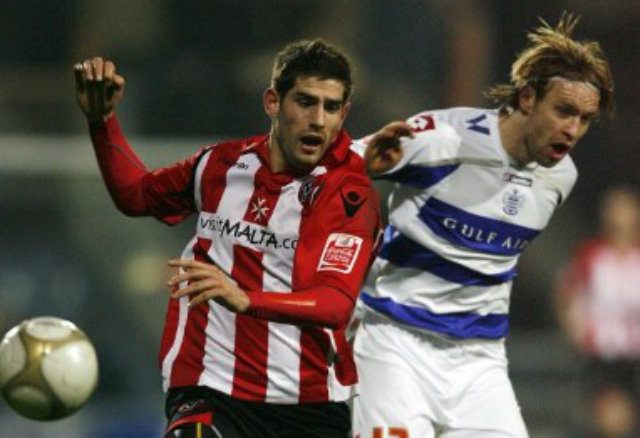 Facebook Twitter Copy URL
Copied
Ched Evans, who plays for English third-tier club Chesterfield, had originally been sentenced to 5 years before an appeal sent the case to retrial

LONDON, England – Wales international footballer Ched Evans was found not guilty of rape by a jury at Cardiff Crown Court on Friday, October 14 following a retrial.

Evans, who plays for English third-tier club Chesterfield, was accused of raping a 19-year-old woman in a hotel room near Rhyl, north Wales, in May 2011.

The 27-year-old was previously found guilty of rape, but the jury was told that the Court of Appeal had quashed the conviction and ordered a retrial.

The verdict, which the jury reached in just 3 hours after being asked to consider the evidence by trial judge Mrs Justice Nicola Davies earlier on Friday, ended Evans’s 5-year fight to clear his name.

Evans was seen crying and hugging partner Natasha Massey, who has been behind him ever since he was first convicted, after the verdict was announced.

Following his acquittal Evans, with Massey alongside him, stood on the steps of the court as a statement was read out on his behalf by his solicitor Shaun Draycott.

“In the early hours of 30th May 2011 an incident occurred in North Wales that was to change my life and the lives of others for ever,” the statement said.

“That incident did not involve the commission of a criminal offense and today I am overwhelmed with relief that the jury agreed.”

The statement then saw Evans thank his legal team before adding: “Thanks go, too, to my friends and family; most notably my fiancee, Natasha, who chose, perhaps incredibly, to support me in my darkest hour.

“Whilst my innocence has now been established, I wish to make it clear that I wholeheartedly apologize to anyone who might have been affected by the events of the night in question.”

Evans and Massey then left without making any further comment or answering questions from waiting reporters.

Chesterfield, the club Evans joined in pre-season, welcomed the verdict, with chief executive Chris Turner saying: “We are naturally delighted with the outcome, especially for Ched, his family and friends. We can now all move forward and focus on football.”

From the start, Evans insisted he was innocent of rape.

Evans said he walked into a hotel room where fellow footballer Clayton McDonald was having sex with the woman, adding McDonald then asked her if he could join in, to which she replied: “Yes.”

Prosecutors, however, alleged that the complainant was too drunk to consent.

Evans and Massey are still in a relationship. They plan to marry and have a 9-month-old son.

Following the original 2012 trial, where a jury at Caernarfon Crown Court in North Wales convicted Evans, the complainant had to move house at least 5 times after being subjected to abuse on social media despite it being a criminal offense to reveal her identity.

Ed Beltrami, the chief public prosecutor for Wales, reacted to the verdict by saying: “This case hinged on the issue of sexual consent…Being drunk does not mean a person relinquishes their right to consent, that they are to blame for being attacked or that they were ‘fair game’.

Then playing for Sheffield United, Evans was initially found guilty of rape in April 2012 and sentenced to 5 years in prison.

In October 2014, Evans was released after serving half his sentence. The following month saw Sheffield United face a public backlash after the club said they would let Evans train with them.

Sheffield-born Jessica Ennis-Hill, the 2012 Olympic heptathlon champion, responded by asking for her name to be removed from a stand at United’s Bramall Lane ground.

Third-tier Oldham then pulled out of a move to sign Evans following another public outcry.

In October last year, Evans won an appeal against the original conviction before being sent for a retrial.

Prior to the retrial, Evans signed a one-year contract with Chesterfield, Oldham’s divisional rivals. – Rappler.com