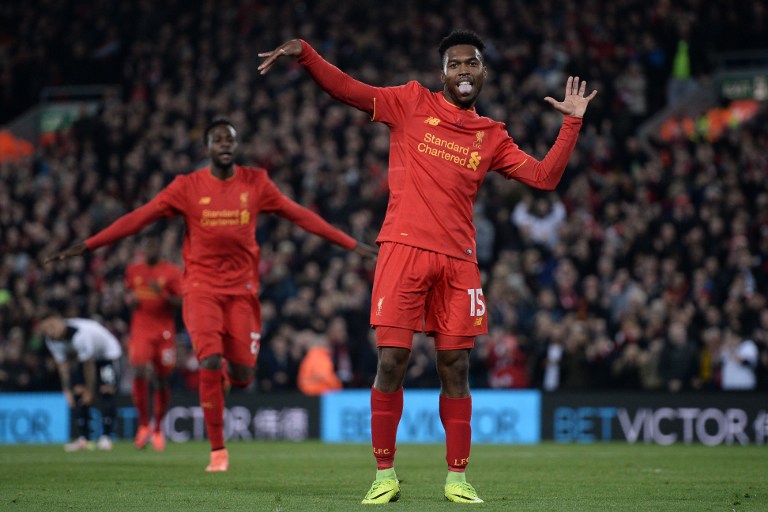 LONDON, England – Liverpool will look to underline the strength of their squad when they continue their Premier League title challenge away to Crystal Palace on Saturday, October 29.

Having survived a nervous finish as his team beat West Bromwich Albion 2-1 in the Premier League last Saturday, Liverpool manager Jurgen Klopp fielded a completely different starting 11 against Tottenham Hotspur in the EFL Cup on Tuesday, and secured another 2-1 victory.

Such squad rotation should ensure Klopp has plenty of players fresh enough for the visit to Crystal Palace, when his team will seek to extend an unbeaten run in all competitions of 10 matches.

Most of those who impressed on Tuesday, among them 18-year-olds Ovie Ejaria and Trent Alexander-Arnold, will return to the fringes this weekend, but midfielder Georginio Wijnaldum sees no reason why they should not be called on again.

“I think it’s a good sign for a team that you have players who can come in and fit into the team immediately,” Wijnaldum said. “And it’s easy to make changes for a manager.

“It’s not a problem when someone is out, as you can change to a player with good quality. It’s a good thing for the team.

“It’s not easy for a young player to play in a big game for a big club. A lot of players get nervous and lose confidence, but I didn’t see it in these players.”

Liverpool go into the weekend in third place, level on points with leaders Manchester City, and with Alex Ferguson suggesting that this could be the season that the league title goes to Anfield for the first time since 1990.

“You can now sense you truly have to count them in this year,” said the former Manchester United manager in an interview with German magazine Kicker this week.

Liverpool are being helped in their title challenge by a relatively light fixture list. Last season, they played 63 games, 15 of them in the Europa League as they reached the final.

With no European campaign this season, the schedule looks far less daunting and that in turn may explain Liverpool’s relatively short injury list.

Defender Joe Gomez and winger Sheyi Ojo are battling back from long-term injuries, but Divock Origi should be fit despite a bout of cramp on Tuesday, and Klopp otherwise is expected to have a full squad to pick from.

Crystal Palace’s fortunes improved when a run of three successive wins in September moved the south London club up into a mid-table position.

Since then, however, Alan Pardew’s side have taken just one point from their last three games and midfielder Yohan Cabaye insists the responsibility to turn things around lies with the players and not the manager.

“It’s the team that takes to the field,” said the France international. “In the week we work on the strategy and tactics for the weekend and the manager works out the best options but then it’s up to us out there on the pitch.

The arrival of Belgium international Christian Benteke from Anfield at the start of this season has helped strengthen belief at Selhurst Park, the forward kick-starting his Palace career with 3 goals in his opening 7 league games and offering glimpses of the form that persuaded Liverpool to pay Aston Villa £32 million ($39 million, 36 million euros) for the striker.

Benteke will lead the Palace attack but centerback James Tomkins will be missing from the Eagles’ defence with a hamstring injury. – Rappler.com