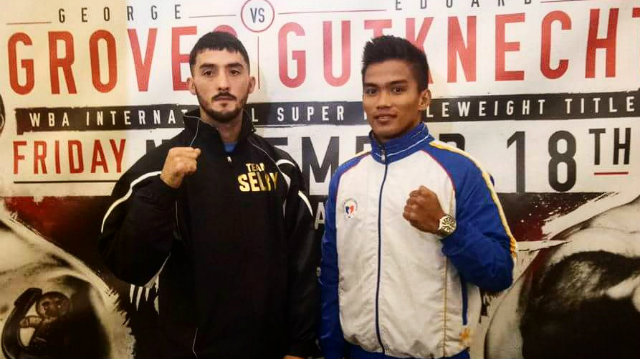 Selby (7-0, 5 knockouts) of Barry, Wales used his height, speed and angles to befuddle the overmatched Bornea (11-2, 5 KOs) of General Santos City, opening a cut over his left eye and forcing the referee to stop the fight at 2:53 of the seventh round. The minor vacant IBF Inter-Continental flyweight belt was at stake, which should boost Selby’s world ranking.

Selby, a 2012 Olympian and the younger brother of IBF featherweight titleholder Lee Selby, switched stances liberally while pounding flashy combinations to the head and body. Bornea had his twin brother, undefeated junior bantamweight Jake Bornea, in the corner, but neither could find an answer for Selby’s skill.

In the end, Bornea could not channel the magic of Frank Cedeno, the Filipino boxer who knocked out England’s Charlie Magri in that same building back in 1983 to win the WBC flyweight title.

The show was promoted by Cyclone Promotions and televised in the United Kingdom by Channel 5. – Rappler.com