Nov 21, 2016 6:33 PM PHT
Jane Bracher
Facebook Twitter Copy URL
Copied
Paul Lee admits he was a little too excited for his first game and vows to settle down when Star takes on Globalport on December 2 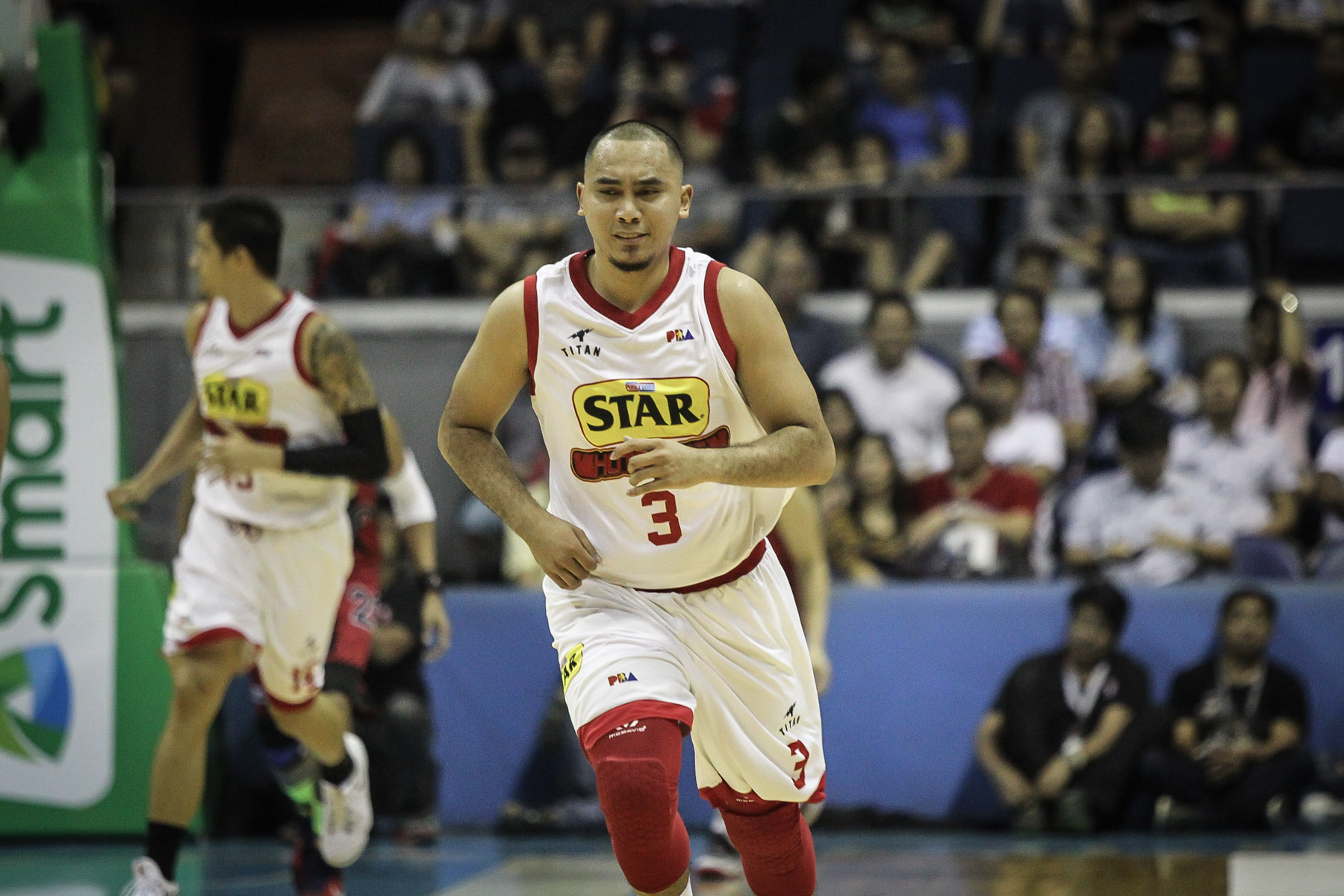 MANILA, Philippines – Paul Lee didn’t have the explosive debut he had hoped for his new team Star Hotshots on Sunday, November 20.

The 27-year-old lethal guard, who was traded in the offseason from Rain or Shine in exchange for James Yap, had a double-double of 12 points and 10 rebounds in his first game for Star in the 2017 PBA Philippine Cup.

He nearly made it to a triple-double, too, albeit not in a good way, with his team-high 9 turnovers, as Star piled up 30 turnovers and fell to a 96-88 defeat against the San Miguel Beermen. He was also 4-of-13 on field goals.

“That’s the first time that happened to me. That’s the most turnovers I had since I was in college,” Lee said in Filipino. “I was rushing it, I think I was too excited. I’ll bounce back next game. We have to limit our turnovers.”

The Hotshots, the 2014 Grand Slam team, are rebuilding after a subpar 2016 season that saw them struggle sans longtime coach Tim Cone. Now, they are headed by Chito Victolero and without former franchise player Yap.

(It’s okay, it’s easy. But then practice is different from the actual game. Paul said he might not be able to sleep. But coach said it’s just the way it is, and he needs to get it out of his system to adjust by the next game.)

Lee made his first basket as a Star Hotshot late in the first quarter.

Lee said there’s not much difference going from Yeng Guiao’s system to Victolero. But he admitted he was a little too excited for his first game and vowed to settle down when Star takes on Globalport on Friday, December 2.

“I was excited, it felt like I was a rookie again,” he said. “But I got my rhythm so next time I’ll be able to adjust. It won’t happen in just one game. My patience is there, plus the patience of the entire team and coach Chito, so that’s what’s important for me.” – Rappler.com