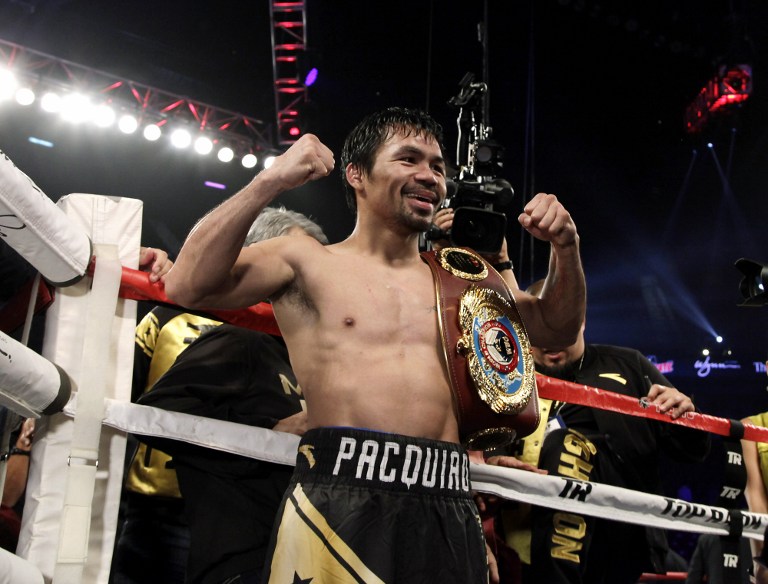 MANILA, Philippines – WBO welterweight world champion Manny Pacquiao said Tuesday, November 22 he felt like a young man in his twenties and would relish another crack at Floyd Mayweather.

The Filipino icon, 37, made a winning comeback from his brief retirement earlier this month and said he was in great shape to try to avenge his defeat to Mayweather last year in the richest fight in boxing history.

Asked if he wanted to fight Mayweather again, Pacquiao said: “Of course, if he wants to come back (to) boxing”.

Pacquiao fuelled talk of “Pacquiao-Mayweather 2” when he invited the undefeated American, who retired in September 2015, to attend his successful comeback against Jessie Vargas in Las Vegas on November 5.

Last week, Pacquiao teased fans about a possible rematch by posting pictures on social media wearing a suit bearing photos of him and Mayweather in the lining.

But Mayweather, 39, said days later he had no plans to come out of retirement.

Pacquiao originally retired in May after beating American Timothy Bradley in a non-title fight before standing for and winning a seat in the Philippines Senate.

But he said he would not be stepping away from the ring again any time soon.

“I still believe in my skills. You just need discipline, how you discipline yourself and work hard,” Pacquiao said, adding he would only walk away once he no longer wanted to put in the long hours of training.

“Because once you get lazy, that’s the start of the decline of your performance and your body.” – Rappler.com