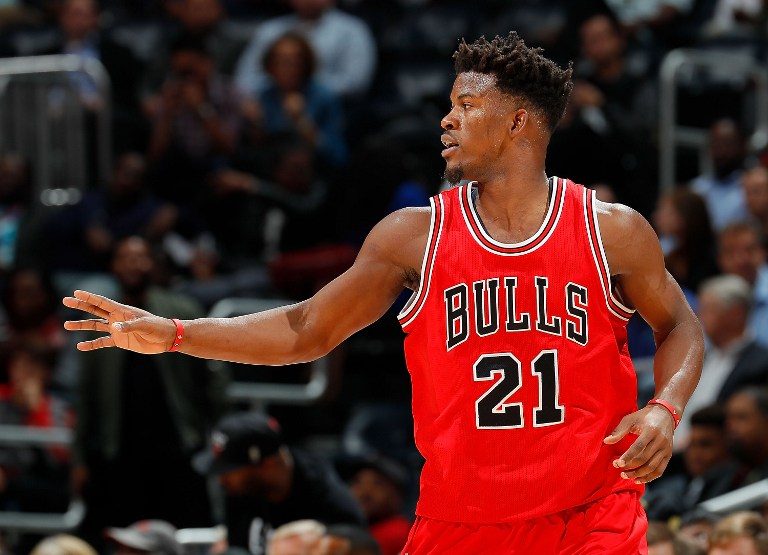 “I hope it never comes down to that, to tell you the truth,” Butler said after the Bulls edged the Brooklyn Nets 101-99.

“I just want to win by a couple possessions so there are no nerves running through anybody.”

Nevertheless, he embraced the moment, draining a 20-foot jump shot over Nets forward Bojan Bogdanovic to seal the victory.

His 40 points – on 14 of 29 shooting – matches his season high. Butler also pulled down 11 rebounds for his fourth double-double of the season.

“He was phenomenal, obviously,” Bulls coach Fred Hoiberg said. “He put the team on his shoulders. He willed them to the finish line. He hit every one of them. He took the ball to the middle with ball screens, and we let him go to work. He made the right play time and time again.”

After trailing by 7 with 3 minutes remaining, Chicago stormed home to notch their second straight win.

The Bulls finished without Dwyane Wade on the floor after the veteran guard departed early in the fourth quarter with a migraine headache.

Wade finished with 16 points, and in a post-game interview asked television camera crews not to use their bright lights.

“I had a headache before the game,” Wade said. “I took a fall in the second half. I didn’t hit my head, but I guess the way my body jerked and reacted kind of triggered my headache back. I lost a little vision in my eye. I came out on the court, I couldn’t see the rim.”

Center Brook Lopez led the Nets with 33 points and Brooklyn led for most of the fourth quarter.

Brooklyn coach Kenny Atkinson defended his decision not to double-team Butler on the final possession.

“We were going to play him straight up,” Atkinson said. “If we were scripting something up, that’s the type of shot (we would like), a highly contested two with a pretty tall guy on him. I thought it was pretty good defense.”

Butler had returned to the game after rolling his ankle with about five minutes left in the fourth quarter.

“It hurt for a little bit,” Butler said. “It still hurts for a little bit now. But I wanted to play. I knew ‘D-Wade’ was in the back, so I had to insert myself back into the lineup and made a couple shots.” – Rappler.com