WATCH: Father and son, Doc and Austin Rivers, get ejected 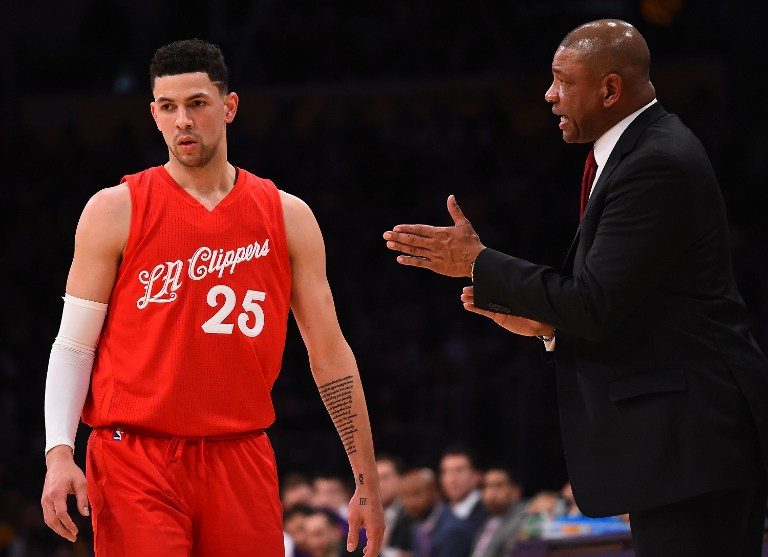 MANILA, Philippines – The Los Angeles Clippers did not have a good time on Saturday, December 31. Before getting blown out and losing 140-116 to the Rockets in Houston, the team’s head coach, Doc Rivers, and his son, Austin, were ejected before halftime.

Things started when Austin missed a layup attempt and looked irate that no foul was called. Afterwards, the younger Rivers seemingly pushed off the game referee by the sideline, leading to a technical foul and automatic ejection.

After Austin walked off the court clearly agitated, his father Doc, during a time-out, pointed at one of the 3 game officials. That resulted in him getting thrown out as well.

James Harden had a triple-double to lead the Rockets, who improved to 25-9. The Clippers dropped to 22-13. – Rappler.com