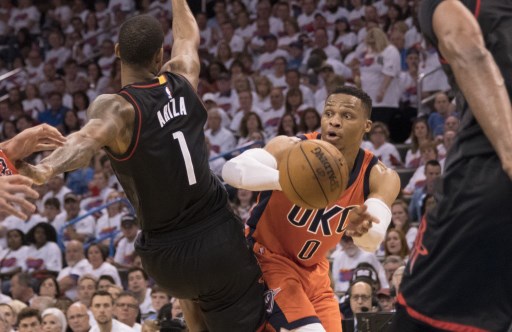 Westbrook won the coveted award over candidates Kawhi Leonard of the San Antonio Spurs and James Harden of the Houston Rockets.

The explosive guard brought home the trophy after a remarkable season where he averaged a triple-double, becoming the first player to do so since Oscar Robertson in the 1961-62 season.

His historic season included a league-leading scoring average of 31.6 points per game, on top of 10.4 assists and 10.7 rebounds per game as the Thunder finished with a 47-35 record.

Westbrook walked up to the stage composed and relaxed but soon turned emotional as he thanked his family members and all the people behind his success, including his Thunder teammates, whom he called up to the stage to personally honor.

Here is the full list of winners at the 2017 NBA Awards: