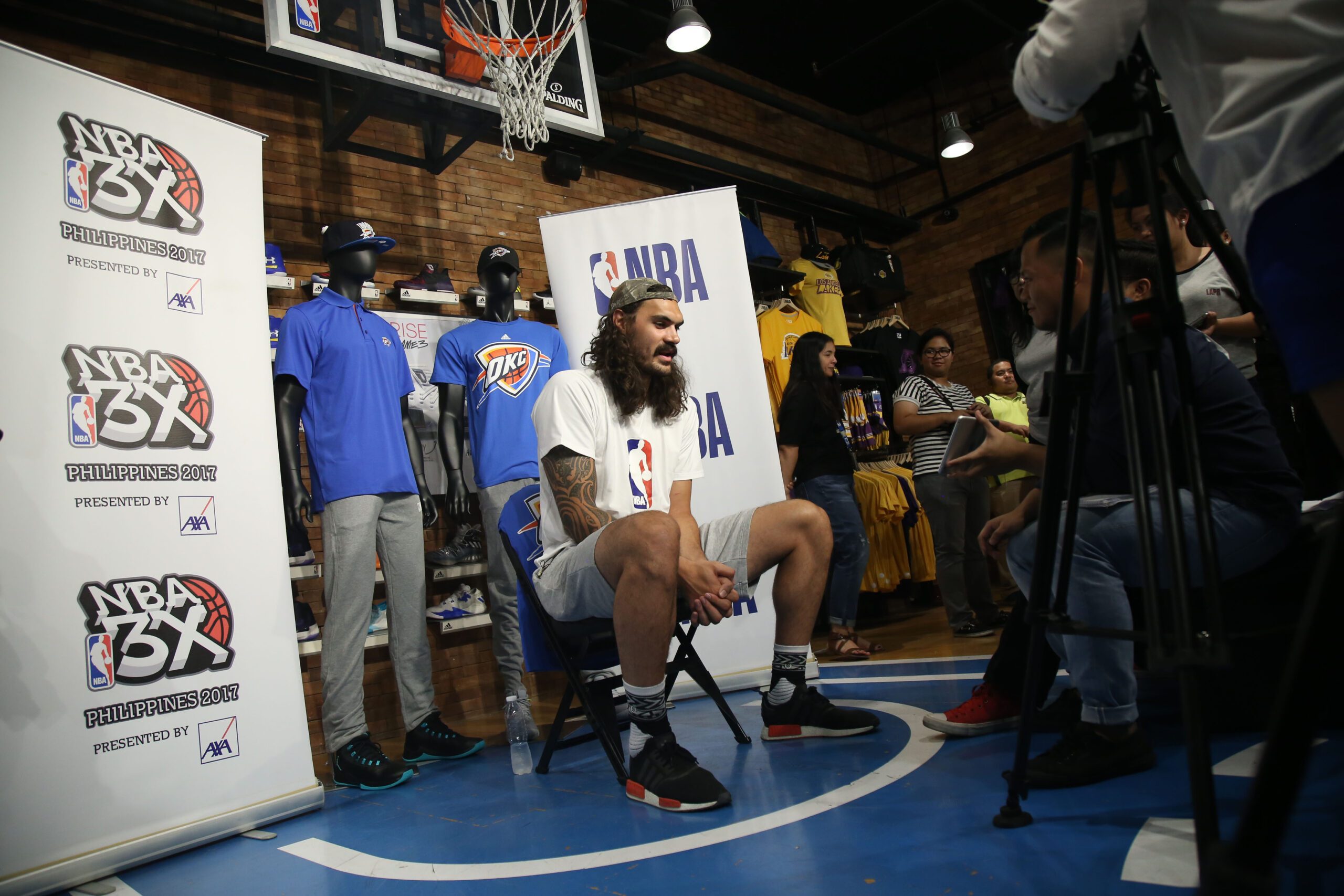 MANILA, Philippines – Steven Adams has yet to meet his new star teammate at the Oklahoma City Thunder, but he already knows Paul George will fit right in.

The 7-foot center, who turns 24 on the 20th, said he’s looking forward to meeting George when he returns to the US after his overseas trip. He is currently here to promote the NBA Philippines 3X event happening this weekend.

“Challenge integrating him? Not at all. There won’t be any,” an amiable Adams told Rappler during a one-on-one interview at his media availability on Tuesday, July 18 at the NBA Store in Glorietta.

In response to how difficult he thought it might be to ease in George, who was traded from the Indiana Pacers during free agency, into the Thunder, which is led by newly-minted Most Valuable Player Russell Westbrook.

“Just ’cause everyone’s a good guy on the team,” he explained. “He’ll easily come in and feel comfortable, I think.”

George, a small forward, arrived in Oklahoma City over a week ago to a throng of eager fans happily welcoming him at the airport.

How George builds chemistry with the Thunder, particularly with star Westbrook (who has had trouble creating harmony with ex-teammate Kevin Durant in the past), will closely be monitored in the pre-season and all through the year.

The towering New Zealander emphasized – throughout the day, to whomever he spoke – the importance of having the right attitude towards the team as key to playing well and generally getting along.

“Obviously he’s gonna help us. But he’s just gotta be a good guy. If you’re a good guy, then everything else is easy,” he said.

“I’m excited to meet him (George). I’m excited just going back and just being with the Thunder and the lads,” he added. “Just working out every day, getting the family vibe.”

Adams holds similar beliefs on the divisive topic of parity in the NBA, with the reigning champions Golden State Warriors as the dominant team-to-beat.

“Every team is hard to play in the NBA. Doesn’t matter, Western Conference or Eastern Conference. It all comes down to what you and your team are doing,” Adams shared his thoughts.

“If you focus too much on that team or what a team is doing then you won’t do well. So you have to focus on your team and not worry about they got going on, just about what you have going on. Stick to your system and identity and you’re good.” – Rappler.com