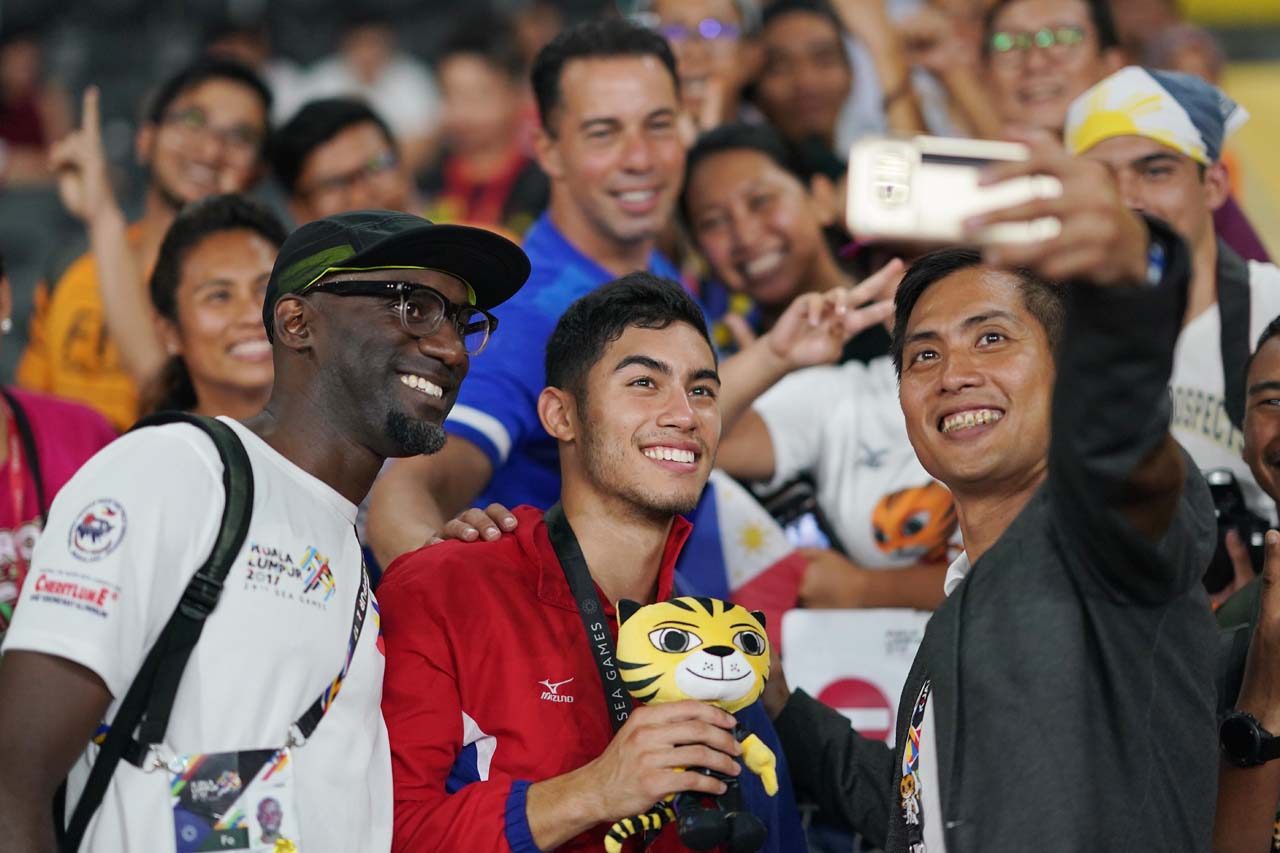 KUALA LUMPUR, Malaysia – Athletics chief Philip Juico is so far happy with his team’s overall performance in the 2017 Southeast Asian Games here, saying it is a good enough prelude to the Asian Games in Indonesia next year and the 2019 SEA Games to be hosted by Manila.

The Philippine athletics team already has 5 gold medals, 3 silvers, and 8 bronzes, not including any more they might cop on the last day of athletics events on Saturday, August 26.

“My own personal wish was about 7. But we had two hits. Eric Cray’s schedule was sandwiched, and then EJ Obiena was not able to compete. So we have 5 now and those two, we would’ve been right on the nose. But that’s water under the bridge. We’re happy,” he told Rappler.

“We’ve got a number of silver medals and bronze medals and this is a good build-up to the Asian Games and the SEA Games in Manila.”

The Philippines also collected 5 golds for athletics in the 2015 edition in Singapore, along with 7 silvers and 9 bronzes.

Two of the 2017 golds came from newcomer Anthony Beram, who reigned in the 200-meter and 400-meter dash.

“That boy has a future, he has a good attitude, he has good family background. He has a good family support system,” Juico said of Beram, a math major in the University of Connecticut who reached out to join the national team only around January 2016.

“He’s a good student, he’s disciplined, and he’s determined to make something out of his life. He’s Asian Games and Olympics material, especially in the 400m.”

Juico says Beram, who skipped some classes to be here for the SEA Games, will also be at the Asian Games next year.

The Philippine athletics team still has a chance to gain more medals in the afternoon and evening events happening Saturday.