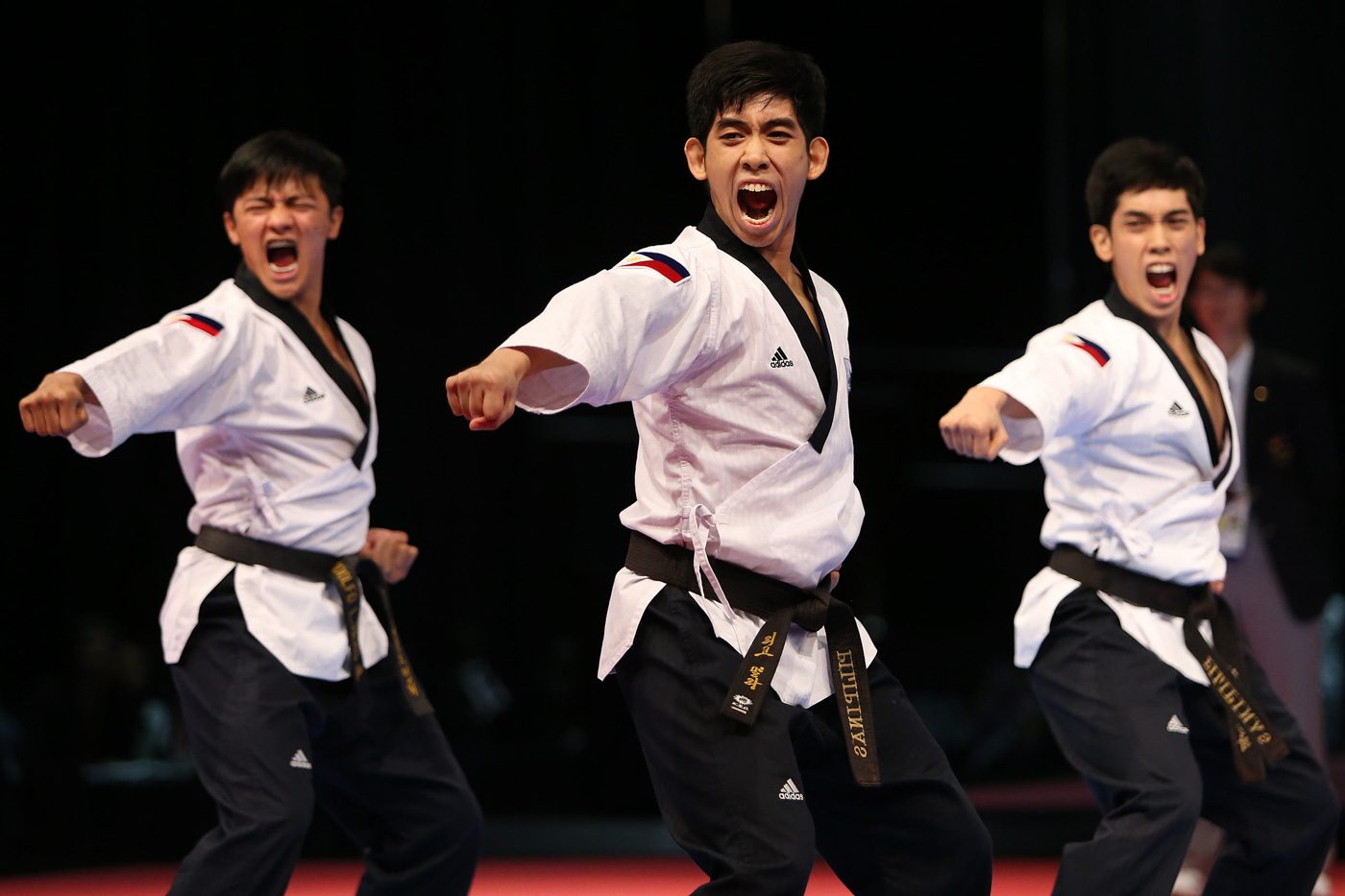 MANILA, Philippines – The first gold medal of the Philippine taekwondo team is now in the bag as the trio of Dustin Jacob Mella, Raphael Enrico Mella and Rodolfo Reyes Jr defended their championship at the 2017 Southeast Asian Games on Saturday, August 26 in Kuala Lumpur, Malaysia.

The trio scored an average of 3.40 in accuracy, 4.97 in presentation and a combined final score of 8.37 in the men’s team poomsae event.

The Mella brothers have now won 3 straight gold medals in the men’s poomsae team event dating back to 2013, while Reyes was also on the team that won gold in 2015.

On the other hand, the women’s poomsae team composed of Rinna Babanto, Juvenile Faye Crisostono and Jocel Lyn Ninobla were able to land a bronze medal finish with a final score of 8.27 in women’s team poomsae event. They also bagged the bronze in the same event of the 2015 edition of the SEA Games.