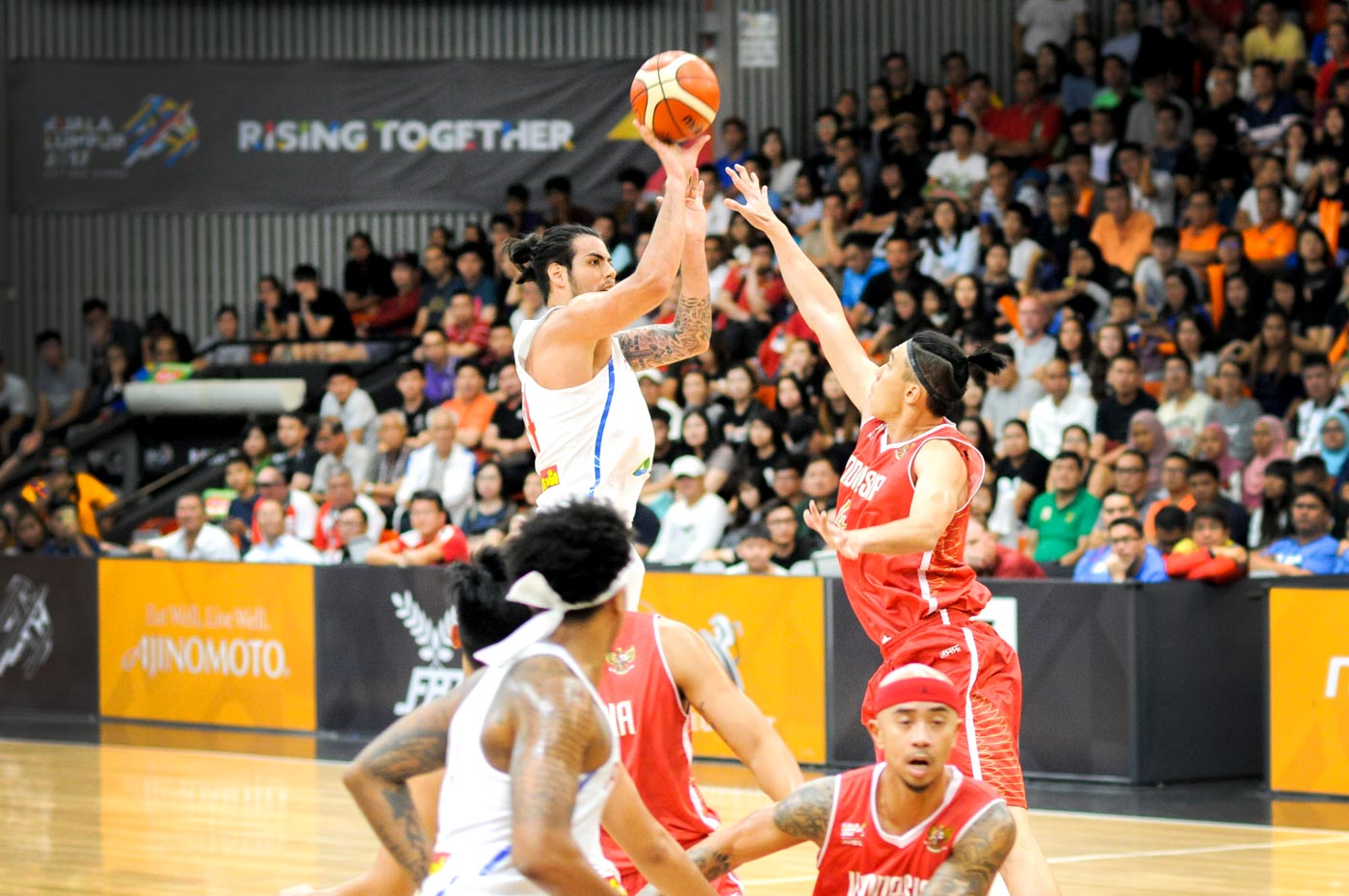 KUALA LUMPUR, Malaysia (UPDATED) – The lead was relinquished early in the first half, and Indonesia fans found reason to use their clappers and make themselves heard.

But the cheering, as was the Indonesian lead, was fleeting. And that was the only hiccup in the lopsided final.

Gilas Pilipinas barely stumbled once more on its way to lording over the 2017 Southeast Asian Games after routing Indonesia, 94-55, on Saturday, August 26 at the MABA Stadium here.

Gilas found its rhythm late in the first quarter when they went small as Christian Standhardinger was subbed out. The Filipinos then quickened the pace, created space for driving lanes, and shots started falling. They never looked back after that with a 45-27 lead at the half that grew into 28-point leads as the game wore on.

“I was hoping that they’d really shoot te ball well and they did,” said head coach Jong Uichico, who was drenched in water as celebrations commenced on the court.

“I don’t bother about how big the score is just as long as we win,” he added of the blowout. 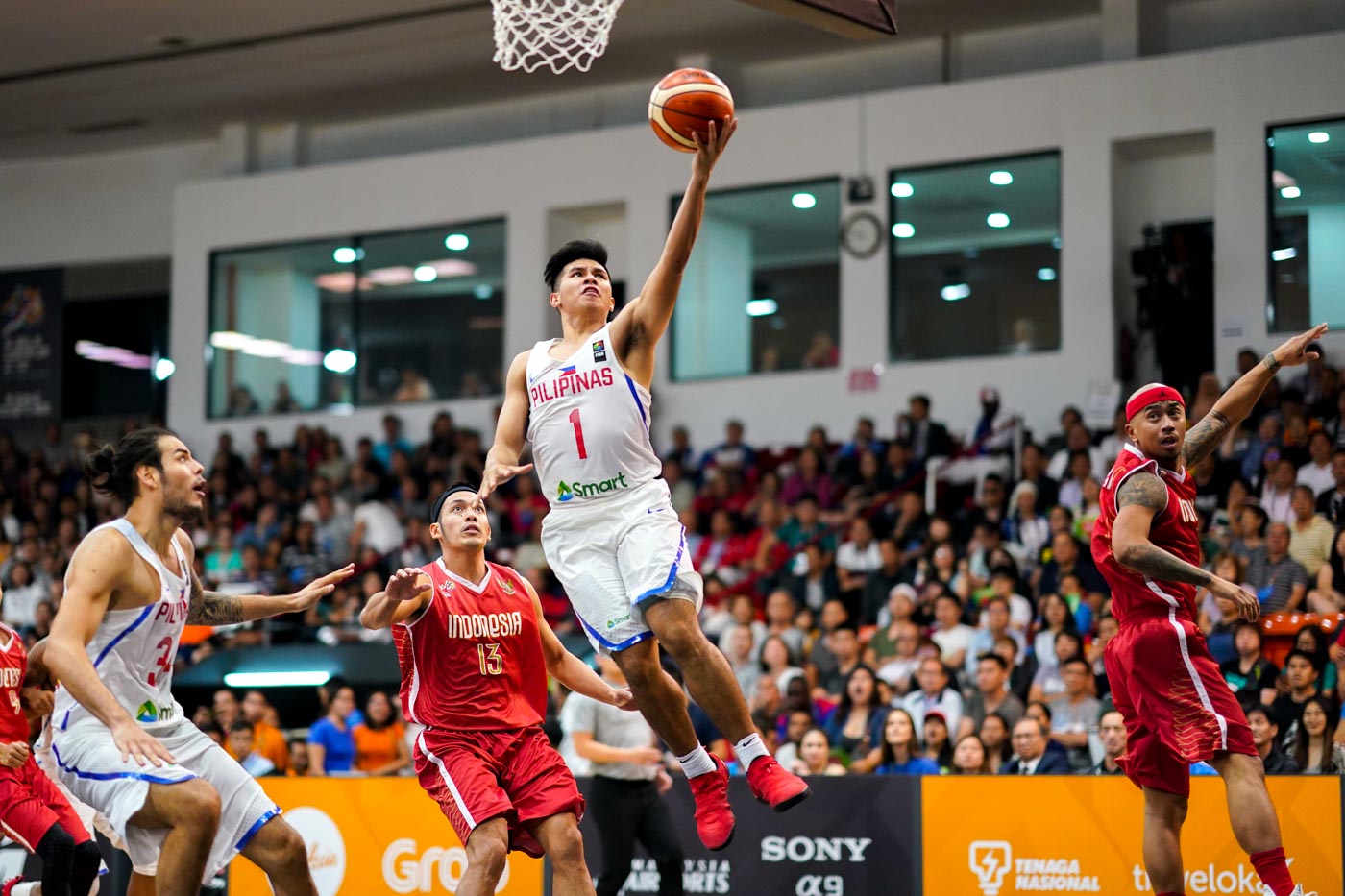 Gilas swept the tournament and was only truly threatened by its first opponent Thailand, who settled for the bronze.

Ravena, who finished with 7 points and struggled to make shots in the game, fittingly notched the final tally on one of his signature stepback 3-pointers.

Ray Parks and Kevin Ferrer also collected their third SEA Games golds. Ferrer has won his on 3 consecutive editions of the Games.

Parks, who won his 3 medals in 4 years, took time to appreciate the moment and give thanks at centercourt, the Philippine flag draped all over him.

Mike Tolomia sizzled for 5-of-8 3-pointers for a game-high 20 points, while Kobe Paras again showed up with 14 markers. Raymar Jose chipped in 12 points, as Christian Standhardinger added 11 points and 5 rebounds.