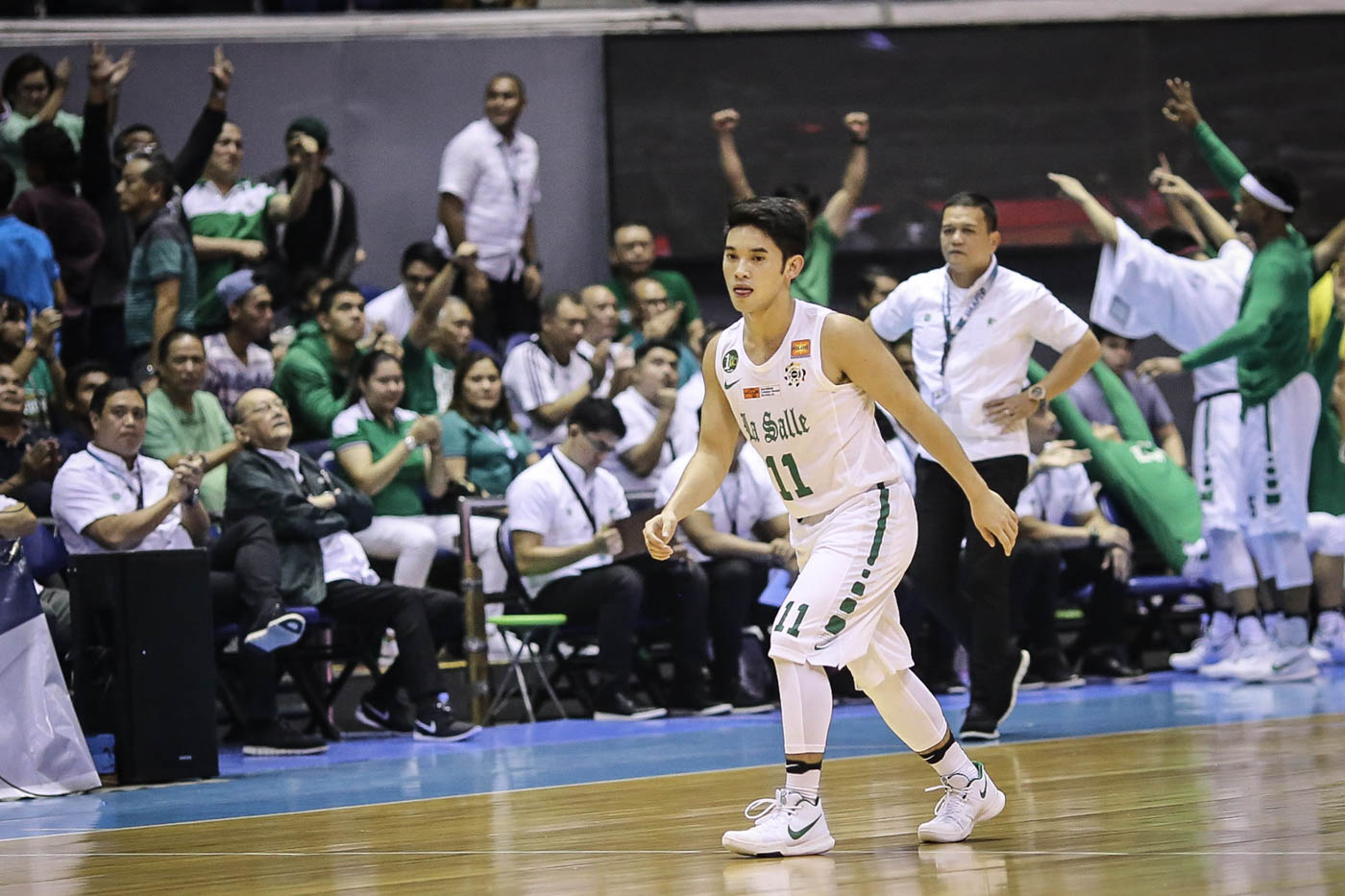 MANILA, Philippines – Starting De La Salle University (DLSU) point guard Aljun Melecio will be sitting out of the game between the Green Archers and the University of the East Red Warriors on Wednesday, October 4.

The announcment was made through an official statment released by Melecio’s talent management Hype Sports PH on Facebook.

Hype Sports PH said that Melecio’s condition has improved since he was hospitalized on Thursday, September 28. The undisclosed illness also saw Melecio sit out of the game against the University of Santo Tomas Growling Tigers on Saturday, September 30.

The Green Archer will be waiting for his doctor’s clearance to play, which will hopefully come before the Ateneo vs La Salle game on Sunday, October 8.

The Season 79 Rookie of the Year attained a career high of 29 points in the opening game against the Far Eastern University Tamaraws.

However, the point guard’s scoring contribution had dipped since the return of Season 79 MVP Ben Mbala.

Melecio now averages 14 points per game though he only tallied a combined total of 7 points in his last two games against the Adamson Soaring Falcons and University of the Philippines Fighting Maroons. – Rappler.com