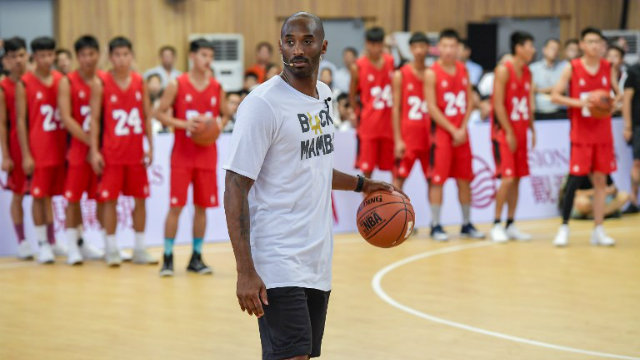 LOS ANGELES, USA – Los Angeles Lakers great Kobe Bryant said he would kneel during the pre-game national anthem if he was still playing in the NBA.

Bryant, appearing on The Hollywood Reporter’s Awards Chatter podcast released on Wednesday, October 4 responded during a series of rapid-fire questions “kneel” when asked what he would do.

NBA commissioner Adam Silver has said he expects the players in the league to stand during the anthem, and the league issued a memo to teams offering suggestions on how they might address the current political climate when the season opens this month.

Demonstrations during the anthem have become a hot topic across sports after US President Donald Trump bitterly criticized NFL players who declined to stand for “The Star-Spangled Banner” to draw attention to racial injustice.

Bryant himself weighed in on Trump’s remarks last week via Twitter.

Bryant retired in 2016 after two decades with Los Angeles where he won 5 NBA championships.

In their pre-season games so far, the Lakers have stood with locked arms during the anthem. – Rappler.com