LeBron James out for rest of pre-season, could miss Cavs season opener

Oct 12, 2017 1:55 PM PHT
Agence France-Presse
Facebook Twitter Copy URL
Copied
James has not missed a season-opener in 14 NBA campaigns, but coach Tyronn Lue hesitated when asked about his availability against Boston next week. 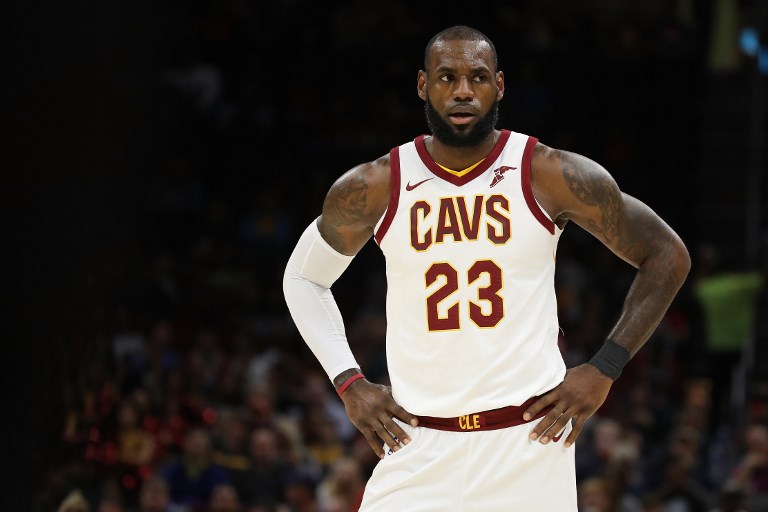 James awoke with a sore left ankle after scoring 17 points in his first pre-season appearance, a 108-94 loss to Chicago, and Lue declared he would not practice on Thursday or play on Friday in the exhibition against Orlando.

The 32-year-old playmaker, who led the Cavs to their first NBA crown in 2016, missed most pre-season workouts and three pre-season contests with a left ankle sprain suffered on September 27.

James has not missed a season-opener in 14 NBA campaigns, but Lue hesitated when asked about his availability against Boston next week.

“(James) got treatment all day today, so I’m not sure if we should be concerned or not,” Lue said. “But it’s pretty sore today so we’ll just see what happens.”

J.R. Smith will start for James on Friday with Jose Calderon moving into the lineup, Lue said.

James said after the pre-season loss to Chicago that the game was a test to see how his ankle was recovering from the injury.

“I’m pushing through it right now,” James said. “I just wanted to try and test my foot, test my ankle to see how I would come out.

“I definitely wanted to test it knowing that at least if I tested it tonight I have a week until the regular season started if I don’t play in the game on Friday.”

James averaged 26.4 points and career highs of 8.6 rebounds and 8.7 assists last season as the Cavaliers reached the NBA Finals, losing to Golden State. It was the seventh consecutive trip to the finals and eighth overall for James.

The Cavaliers had hoped to have James play alongside newcomers Derrick Wade, Dwyane Wade and Jae Crowder with Kevin Love shifted from forward to center in what figures to be a formidable lineup should they be able to work cohesively.

“It’s a challenge when you’ve got a new team and you want to incorporate stuff,” Lue said.

“Do we wish we had a little more time with him in the pre-season? Yes. But we have to make do with what we have.” – Rappler.com