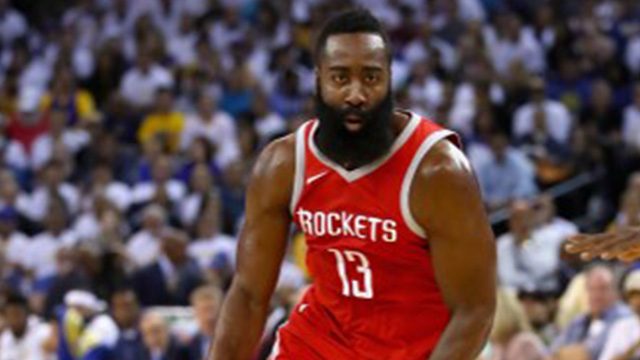 Houston Rockets shooting guard James Harden attained his 3rd career game of 50 points as he bombed the Utah Jazz with 56 points and passed out 13 assists to give the Rockets a 137-110 victory on Sunday, November 5.

Harden’s 56-point play highlights include dropping a buzzer-beating triple at the end of the first quarter to see the Rockets go up by 9 points (39-28).

A crucial assist he made was an overhead pass to Nenê who slammed it home for the Rockets at the 4:31 mark of the third quarter.

By the end of the third period, Harden already had 54 points and was a shy away from matching Calvin Murphy’s 1978 single game record of 57 points in Rockets history. The hot shooting guard was subbed out with 7:38 minutes left in the game.

“No,” Harden said when asked if he was aware of the franchise mark. “We won, right?”

The 28-year-old bested his previous career-high of 53 points that was recorded in his game against the New York Knicks in 2016.

Houston hit 23 of 39 3-point attempts, with guard Eric Gordon shooting 6-of-11 from deep while adding 20 points.

Trevor Ariza tallied 14 points while making 4-of-8 triples. Nenê added 13 off the bench.

All 5 Utah starters scored in double figures, but rookie guard Donovan Mitchell came off the bench to pace the Jazz offense with 17 points.