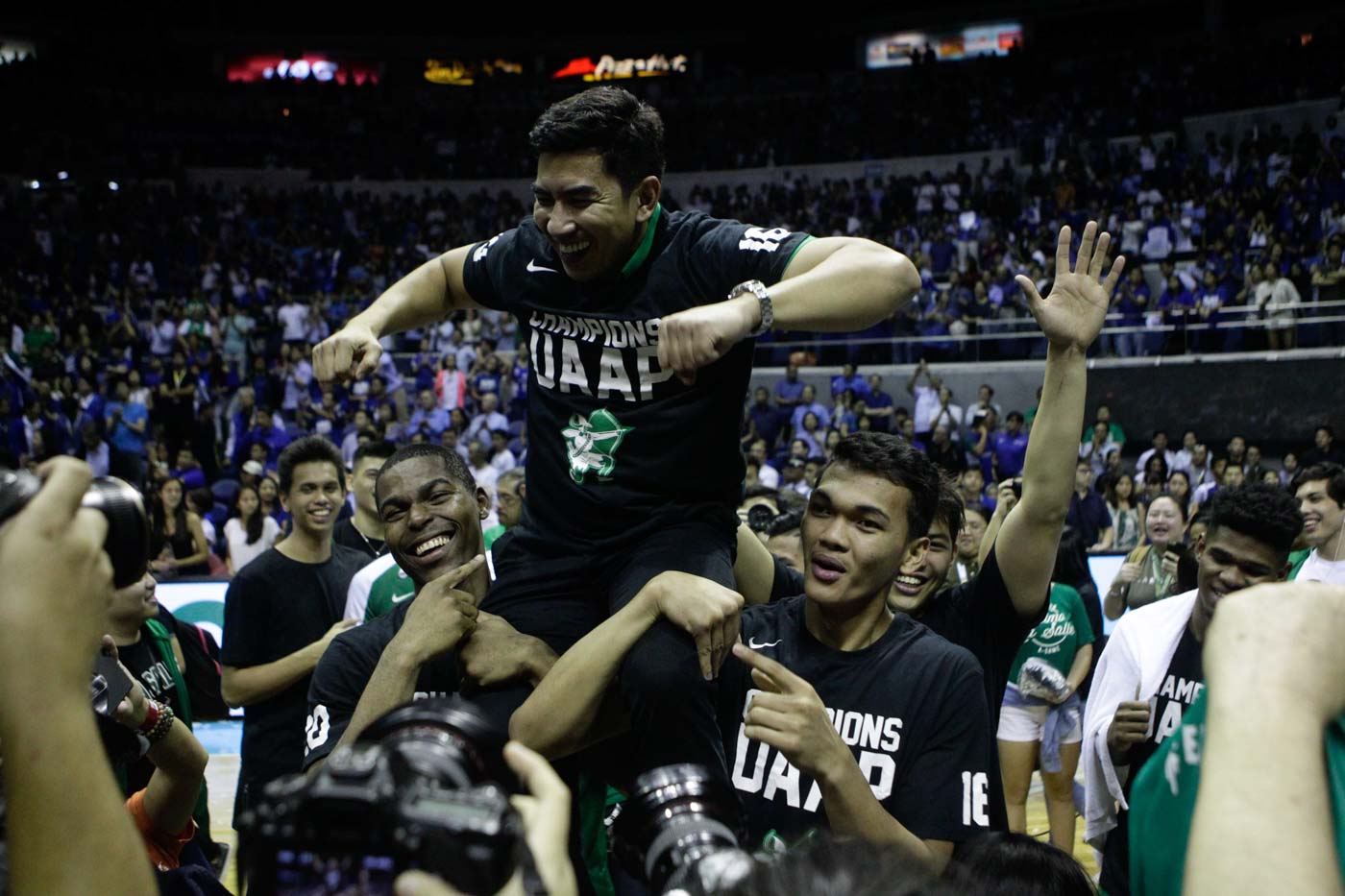 MANILA, Philippines – Aldin Ayo, the two-year head coach of the De La Salle Green Archers, is at the center of unconfirmed reports that he could be walking the sidelines for the UST Golden Tigers.

Ayo told reporters after DLSU’s Finals loss to Ateneo that he was not under contract during his first season with the Green Archers, and had only signed a deal in Septembe that expires at the end of December 2017, according to an ABS-CBN report.

DLSU, through an official statement issued on December 20, said that management was “firmly behind coach Aldin Ayo and his staff as we start the process of rebuilding for the future.”

Citing an anonymous source, ABS-CBN reported that Ayo was looking to bring some of his players and coaching staff over to España. Star Archer Aljun Melecio piqued curiosity about whether he’d head to Taft when he posted a since-deleted tweet featuring two tiger emojis. He later clarified that, while he wished Ayo well, that he’s not leaving La Salle.

I am not leaving DLSU. The tiger emojis tweet had no meaning behind it. I wish Coach Aldin all the best, but I love La Salle and I love being a Green Archer.

According to one source, the reports are “75 percent true. Talks have been going on since August.

In two years with the Archers, Ayo compiled a 30-5 record for the regular season and playoffs, including back-to-back Finals appearances and a championship in his first year just last season. Prior to joining to La Salle, Ayo led the Colegio San Juan de Letran Knights of the NCAA to a five-peat-breaking championship over the powerhouse San Beda Red Lions.

Meanwhile, the Growling Tigers are currently a floundering program which compiled a Final Four era-worst 1-13 record this season under the helm of former coach Boy Sablan.

As of posting, there have been no official statements from Ayo, the administrations of both schools and official DLSU publication The Lasallian. A Facebook message to Ayo was not responded to. – Rappler.com