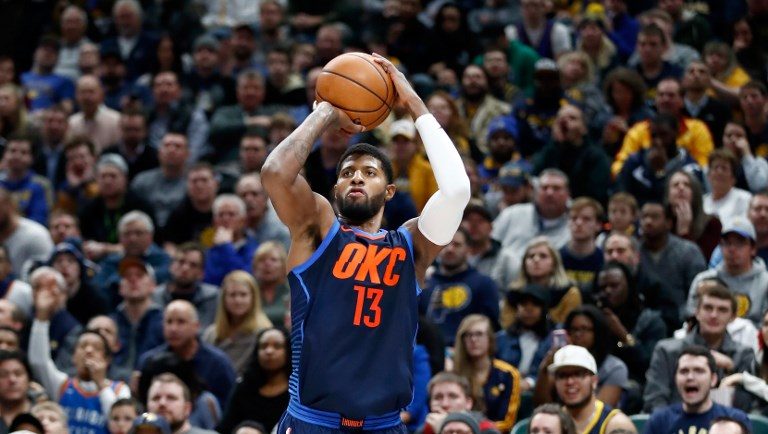 Hot on the heels of the controversial 99-98 win of the Boston Celtics against the Houston Rockets, the Milwaukee Bucks won against the Oklahoma City Thunder, 97-95, Friday, December 29 (Saturday Manila time) after a late dunk by the “Greek Freak” Giannis Antetokounmpo. The game-winning play would have been brilliant… had Antetokounmpo not clearly skipped out of bounds before the dunk with the referees going blind to the situation.

Here’s the play in question happened with only 4.7 seconds remaining in the game.

Even looking at it in real-time, Antetokounmpo’s large feet teetered awfully close to the line on the baseline drive. The referee right in front of The Greek Freak apparently saw nothing wrong but veteran point guard Raymond Felton even came from behind the bench to call for a replay. Had the play been reviewed by referees, NBA’s Replay Center in Secaucus, New Jersey would’ve caught the foot on the line via their high-definition 4K cameras at multiple angles. However, no whistle came and the Bucks escaped with a two-point win. The play was instead replayed only by the broadcasters which has no effect on the game whatsoever.

After the game, OKC superstar Paul George couldn’t help but voice his displeasure after his team snapped a league-best 6-game winning streak:

Wow?! No travel OR out of bounds huh?

George’s teammate Carmelo Anthony argued with officials after the buzzer but was resigned to the development, saying they had to live with it and focus on their next game against the Dallas Mavericks on New Year’s Eve.

“I guess we’ll see something on the ticker that says ‘referees missed that one,’” says Anthony, who had 12 points and 6 rebounds.

OKC head coach Billy Donovan revealed to the media in the succeeding press conference that the referees had no plans to review the play, or rather, had no power to.

“I asked them if they could review it and they said they could not review it,” said Donovan.

Per Bleacher Report, according to the NBA’s review guidelines, parameters are set up for referees to determine which player hit a ball out of bounds.

“Referees can only initiate a review on a called out-of-bounds play (for example, not one where an out-of-bounds might have occurred) and only those involving doubt as to which player caused the ball to go out (not those, for example, where a player stepped on the line),” says the rule.

Therefore, a whistle should’ve been blown the moment Antetokounmpo drove to the basket in order to trigger a review of the play.

Make that 3 screw-ups this week alone for NBA referees in nationally-televised big-team matchups. Aside from the aforementioned controversial finish to yesterday’s Rockets-Celtics game where James Harden was whistled for 2 offensive fouls in 9 seconds, the Finals rematch of the Golden State Warriors versus the Cleveland Cavaliers on December 26, Manila time, was also tainted as referees failed to whistle fouls on Kevin Durant in the game’s dying moments. The defending champions wound up winning 99-92. – Rappler.com