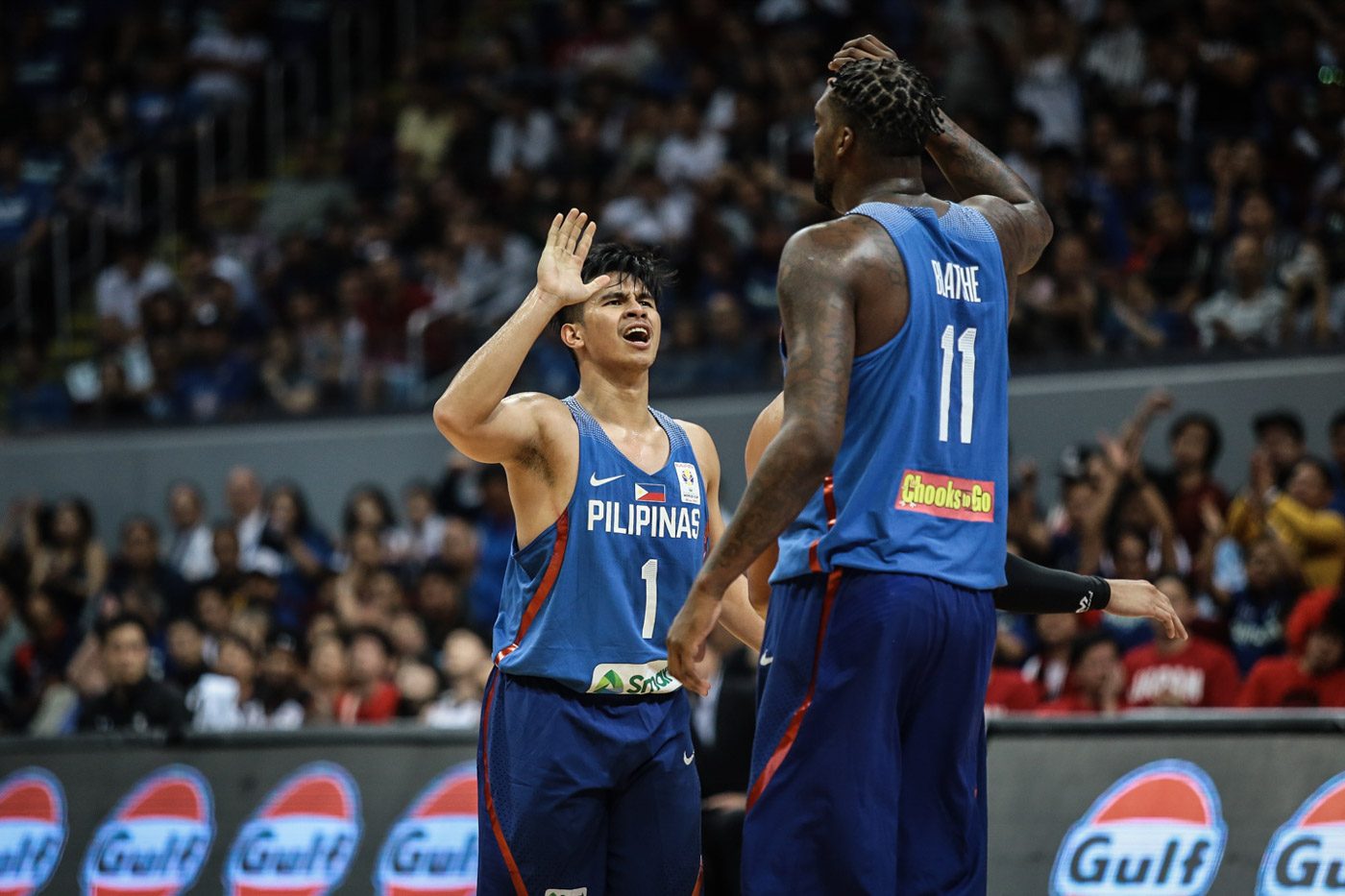 MANILA, Philippines (3RD UPDATE) — Gilas Pilipinas remained composed in the endgame to repeat on Japan, 89-84, and end the second window of the 2019 FIBA World Cup Asian Qualifiers on a high note at the Mall of Asia Arena Sunday, February 25.

Days after absorbing a crushing 68-84 loss to the Australia Boomers, the Philippine team showed composure down the stretch as they stymied Japan’s comeback attempt from down 14 points.

Gilas mounted an 85-71 lead, their biggest of the game, midway the 4th quarter before the Akatsuki Five ignited a 13-1 run, capped by back-to-back Daiki Tanaka fastbreak layups, to cut the deficit to two points with 31.5 seconds remaining, 84-86. But Jayson Castro, who returned for duty after missing the Australia game Thursday, February 22, wouldn’t let Japan embarrass the Philippine team before their home crowd. He banked a shot away from Ira Brown’s outstretched arms for an 88-84 Gilas lead with 10.6 ticks left.

Japan had a chance to narrow the gap to one point but Tanaka’s 3-point attempt missed.

After scoring just 8 points against Australia, Andray Blatche made his presence felt against the Japanese, who remained winless in 4 games in the Asian Qualifiers, with 18 points, 16 rebounds, 4 assists and two steals.

Troy Rosario finished with 14 points and 4 rebounds off the bench while Kiefer Ravena chipped in 13 points, 5 assists and two steals in the win. Castro chalked up 8 points, higlighted by back-to-back triples that put Gilas ahead 70-57 in the 3rd frame, to go with 3 assists while Calvin Abueva also had 8 points, 3 rebounds, two assists and a steal.

“Obviously we knew we’re going to have a hard time because of the flight that we took. I think it showed in our start, we had a very flat start. But luckily our second group gave us a lot of energy and got us back into the ball game,” said Gilas head coach Chot Reyes.

Gilas got buried by as much as 16 points early, 4-20, before going on a 17-2 salvo, courtesy of timely buckets by Ravena and Rosario, to end the maiden period down by just a whisker, 21-22.

The Philippines then dropped a 12-0 bomb for a 34-22 lead in the second quarter, an advantage they carried until the final buzzer sounded.

The win secured Gilas, which improved to 3-1 for second place in Group B behind unbeaten Australia (4-0), a ticket to the next round of the Asian Qualifiers even if there is still a 3rd window to take place.

Makoto Hiejima paced the Akatsuki Five with 23 points and 4 rebounds.

Brown had 16 points, 8 rebounds and 3 steals but missed 8 of his 10 freebies in the loss. Tanaka finished with 12 markers.

Chinese-Taipei hosts the Philippines in the 3rd window of the Asian Qualifers on June 29.

It will be the Philippines’ turn to host Australia on July 2 to conclude the first round of the Asian Qualifiers.