MANILA, Philippines – Gilas Pilipinas avoided a colossal meltdown and kept Japan winless in the 2019 FIBA World Cup Asian Qualifiers by hacking out an 89-84 win  Sunday, February 25, at the Mall of Asia Arena.

Jayson Castro, who finished with 8 points and 3 assists in limited action, lifted the Philippines in the endgame by scoring a bank shot with 10.6 seconds left, 88-84. Kiefer Ravena, meanwhile, showcased his repertoire on both ends of the floor with 13 points, 5 assists, two rebounds and two steals that provided the spark Gilas needed off the bench following a flat start. June Mar Fajardo, who had 15 points in Gilas’ 68-84 loss to Australia last February 25, saw his numbers drop to 7 points, 5 rebounds, a steal and a block against 3 turnovers but he was one of the team’s most efficient guys with a plus-minus of +14. Calvin Abueva had 8 points, 3 rebounds, two assists and a steal in only 10 minutes of action and was the most efficient player for Gilas with a plus-minus of +20. 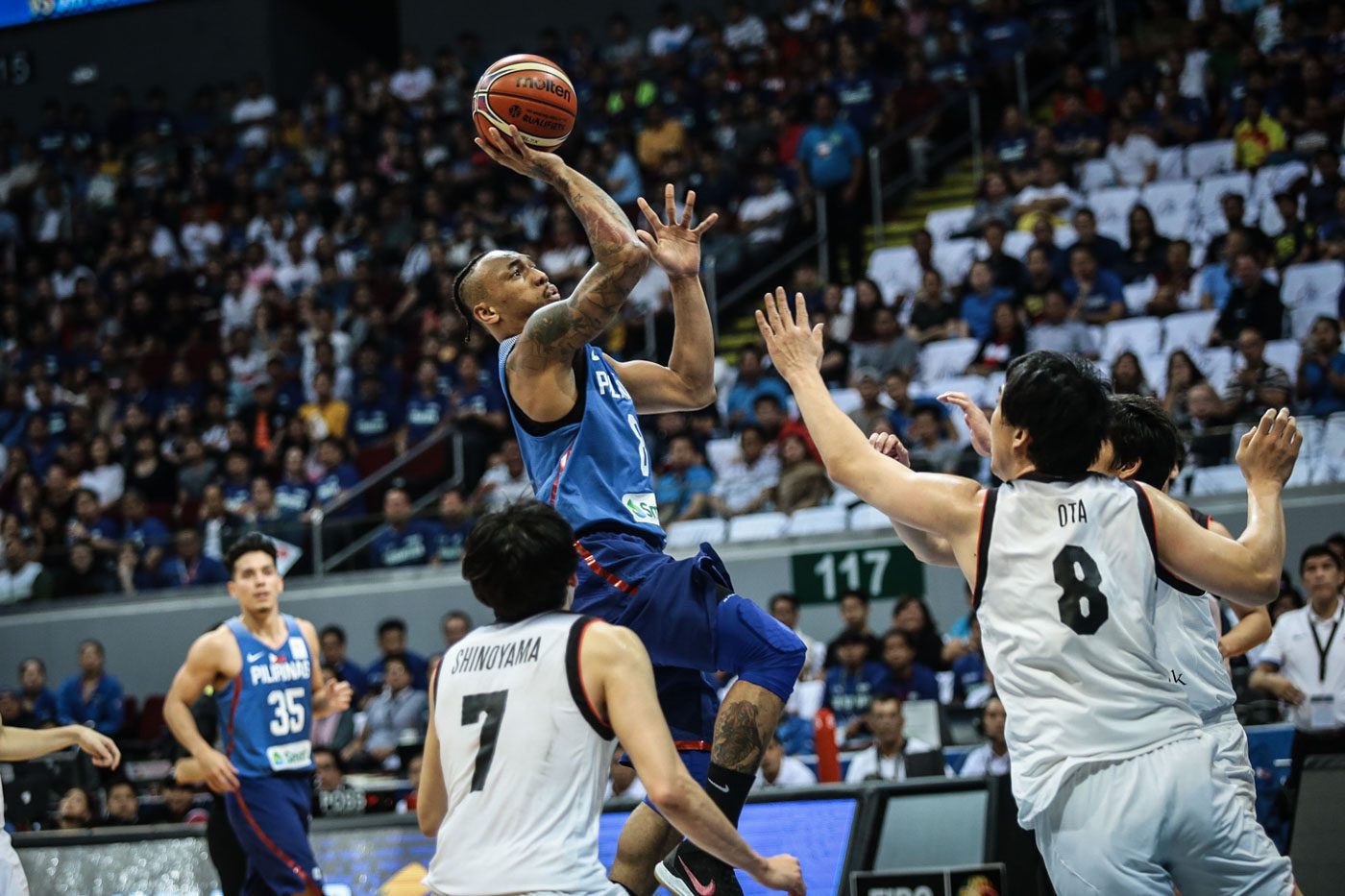 Chot Reyes heaved a huge sigh of relief as Gilas booked a ticket to the next round of the Asian Qualifiers. The Philippines improved to 3-1 in Group B behind the spotless Australia Boomers (4-0) and will return to action in the 3rd window in June.