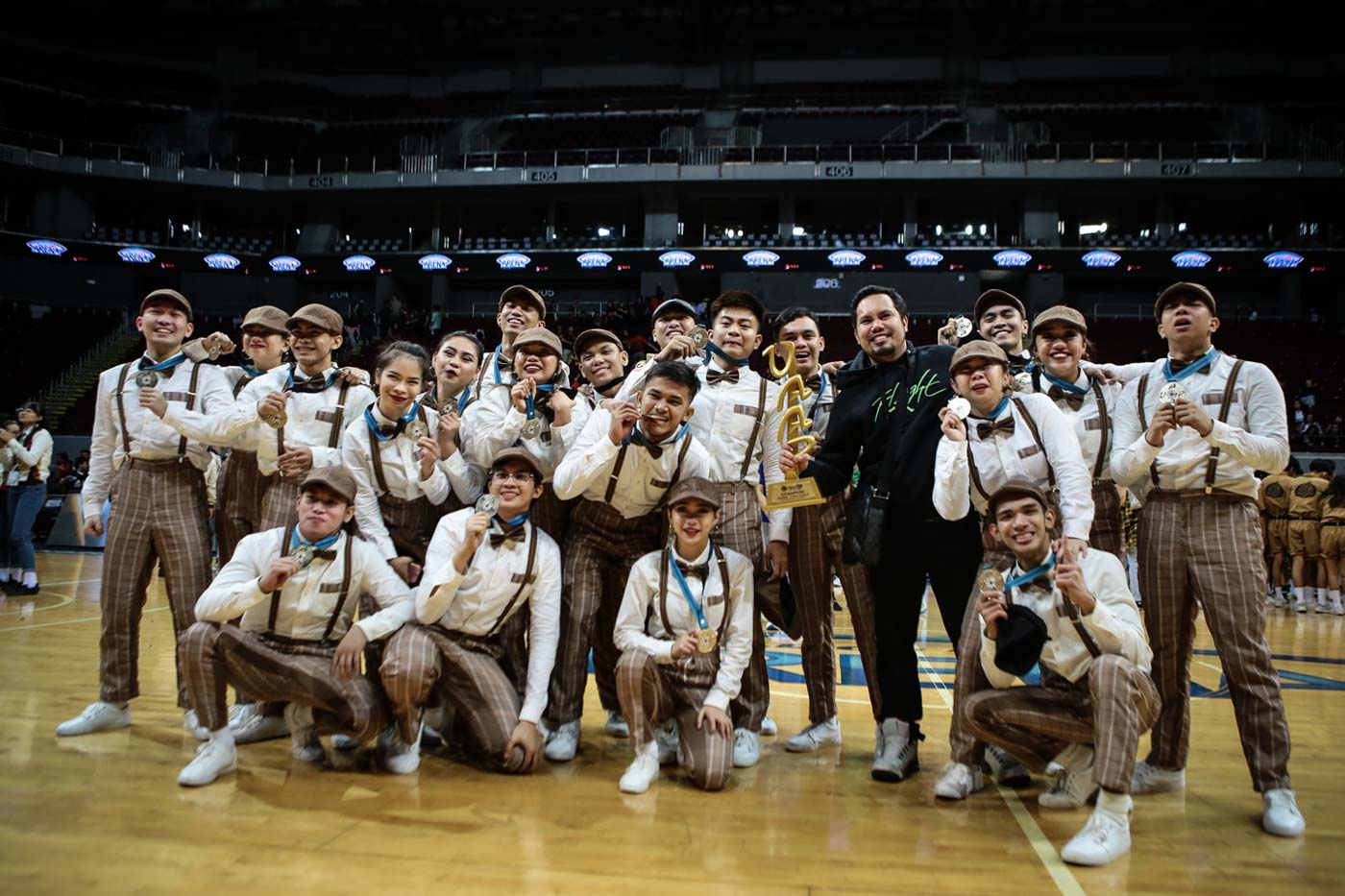 The old-school gangster theme worked wonders for the season hosts as they ended up on top in their first-ever podium finish since the contest’s inception in 2011.

Three-time champions La Salle Dance Company-Street and the UP Streetdance Club were named the first and second runners-up, respectively.

In the post-contest press conference, FEU coach Randell San Gregorio revealed that the group was formed only last January.

He added that students from different FEU schools such as FEU Makati and FEU Manila made up the group, which led to major scheduling conflicts.

Being the FEU Cheering Squad coach, San Gregorio also inserted 3 of his cheerdancers in the makeshift squad.

“It was sort of an experiment,” he said regarding the group’s formation. “Tignan natin kung magwo-work for FEU (Let’s see if it’ll work for FEU). This is the first time [we joined a contest].”

As for the group’s gangster theme, San Gregorio had a simple explanation.

(I just thought about it. When we formed the team, that theme immediately came to my mind. Because we were pressed for time, I didn’t want to choose themes anymore. We just rolled with it.)

“Actually, up to the last minute, we were fixing [our routine],” he added in a mix of English and Filipino.

Soft-spoken team captain Rei Sioson could only thank his coach as he admitted that he didn’t expect anything big for the team.

(I’m really thankful for our coach since I didn’t expect that we’d finish first place or even 3rd or at least a perfect run for the team.)

San Gregorio also shared that Sioson even had to travel to the Manila campus in Morayta from Makati City just to practice.

Are they already thinking about defending the crown next year?