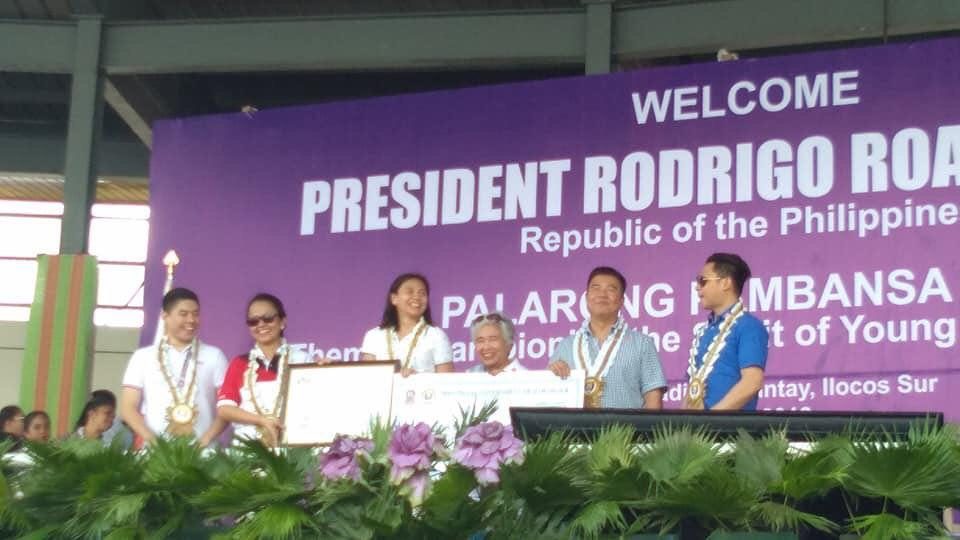 Facebook Twitter Copy URL
Copied
In her message, Lydia de Vega tells young athletes not to give up on their dreams

ILOCOS SUR, Philippines – Lydia de Vega, who was once considered Asia’s fastest female runner, was honored at the Palarong Pambansa 2018 for her “valuable contributions” to Philippine sports.

Stephanie said her mother could not come because she’s currently coaching in a Singapore tournament.

But Stephanie read her mother’s message to the young athletes gathered in Ilocos Sur. (IN PHOTOS: The colorful parade at Palarong Pambansa 2018)

In her message, De Vega urged young athletes not to give up on their dreams, recalling that she failed in her first attempt to get a Palaro gold medal.

(If you’ve already started, don’t give up halfway. You need to finish it all the way, stand by your dreams.)

Aside from the plaque, De Vega was also given P100,000 from the DepEd and Ilocos Sur Governor Ryan Luis Singson.

DepEd Undersecretary Tonisito Umali said the award seeks to “recognize the achievements of our athletes ” and to inspire future athletes.

De Vega was first recognized in international athletics during the 1981 Asian Games held in Manila, where she brought home gold medals in the 200-meter-dash and 400-meter-dash events and broke records.

She still holds the best record in the 100-meter-dash of the Southeast Asian (SEA) Games, with 11.28 seconds.