Apr 21, 2018 7:15 PM PHT
Beatrice Go
Facebook Twitter Copy URL
Copied
(3RD UPDATE) This marks the end of the Ateneo vs La Salle era as both teams have battled it out in the women's volleyball championship in the last 6 seasons 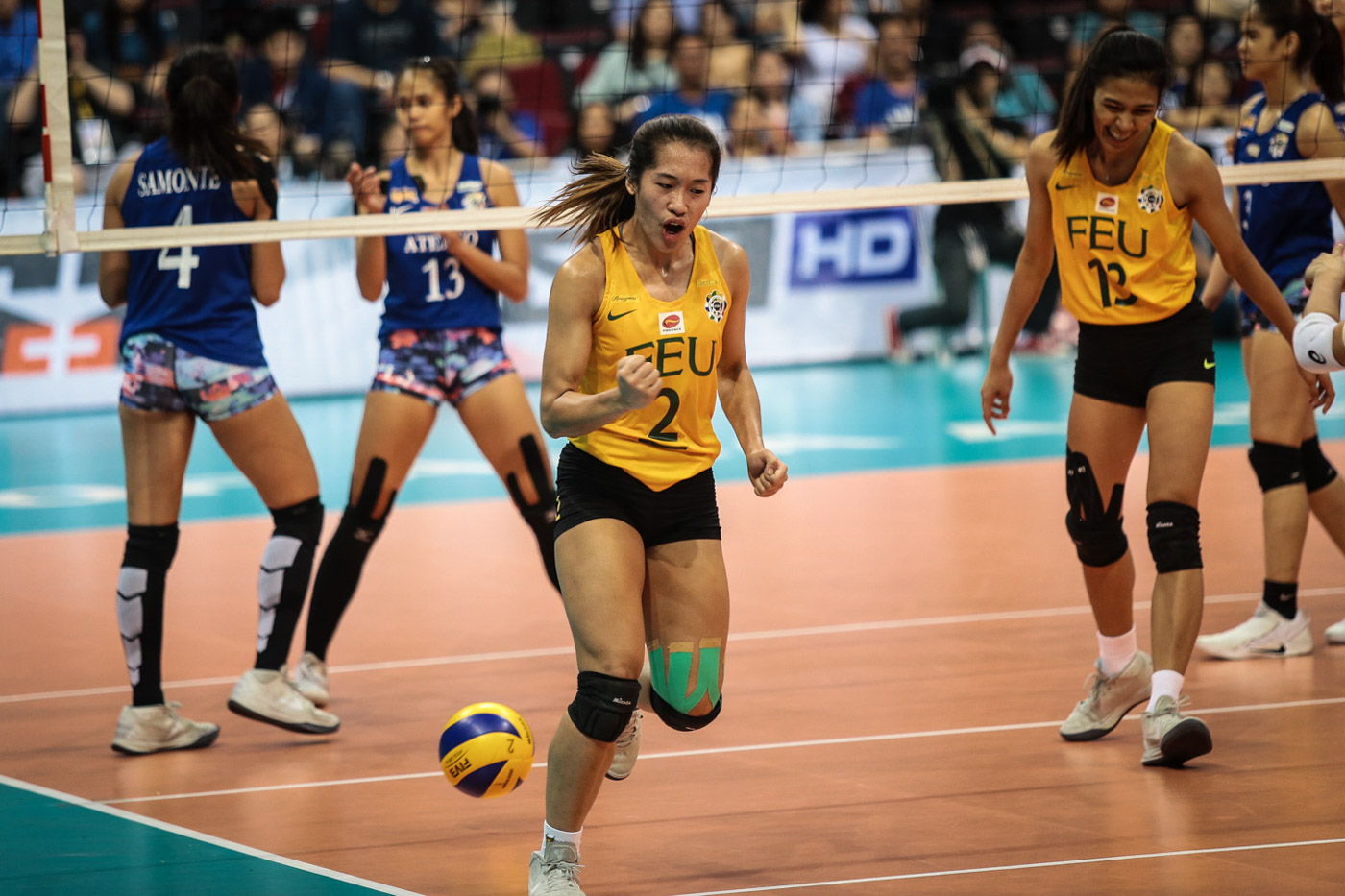 After trailing Ateneo by two in the 4th set, 9-11, FEU exploded with an 8-1 run that turned out to be the dagger of the match. Bernadeth Pons brought it to match point, but Kat Tolentino and Maddie Madayag combined for 3 points to delay FEU’s victory.

This marks the end of the Ateneo vs La Salle era as both teams have battled it out in the championship round in the last 6 seasons.

Pons and Chinchin Basas scored 17 points apiece to lead the Lady Tamaraws. The FEU captain defended the floor with 16 excellent digs and 19 excellent receptions as well.

Maraguinot and Tolentino led the Lady Eagles with 11 points each in their last game of the season.

Ateneo blew its early lead in the first set as the Lady Tamaraws raced to a 5-point lead, 18-13. Czarina Carandang’s block on Kat Tolentino gave FEU the 1-0 advantage in the match.

The Lady Eagles attempted to turn the tables with a strong 5-1 start to the second set. FEU took the lead as Maraguinot committed a low attack, 10-9.

In the last stretch of the second set, Ateneo only relied on FEU’s errors for free points which spelled its fate as Pons closed out the set for a 2-0 lead in the match.

The Lady Tamaraws failed to sweep the game as they collapsed with a total of 14 errors. Back-to-back errors by Basas gave Ateneo a 10-point lead, 21-11.

The Lady Tamaraws will face the winner of the other semi-finals match between De La Salle University Lady Spikers and National University Lady Bulldogs in the title round starting Saturday, April 28, at the Araneta Coliseum.