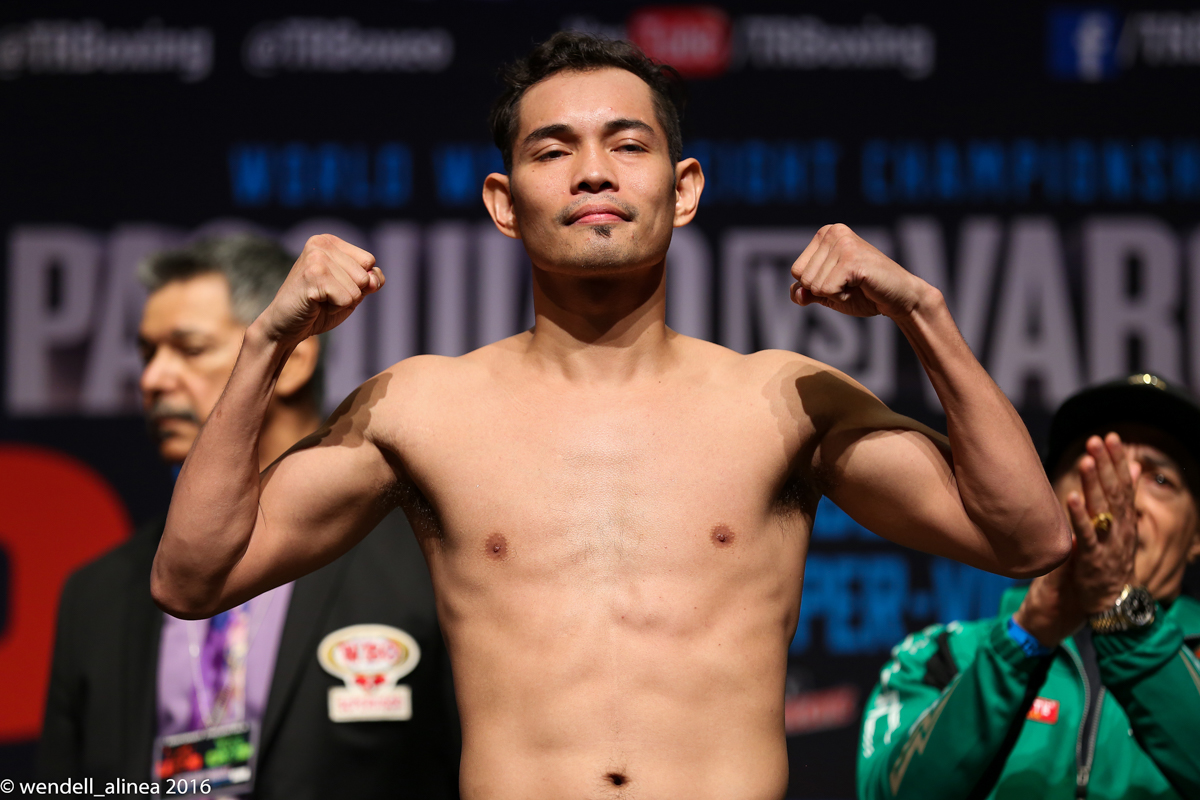 All that was at stake was the World Boxing Organisation’s interim featherweight belt, not a fully-fledged title.

But by coming out on top by a margin of 117-111 on all three judges’ scorecards, the 31-year-old Frampton kept himself on course for a bout with the winner of next month’s International Boxing Federation title fight between Lee Selby and Josh Warrington.

WBO champion Oscar Valdez could also lie in wait for the 31-year-old Frampton, a former world title holder at both super-bantamweight and featherweight.

Prior to Saturday’s bout – which just carried on past midnight local time (2300 GMT) – Northern Ireland’s Frampton had rated Donaire, a seven-time world champion across four separate weight classes, as the most “accomplished fighter I have ever faced”.

But the 35-year-old Filipino did not appear to be at his very best in Belfast, although he did rock Frampton with several solid punches in the 11th round of 12.

First of all, always want to thank God for keeping me safe in that ring. Not taking anything away from Frampton. He is an amazing fighter, smart and a tough mf! Like he said to me "friends forever" Congratulations my brother may you continue to be on top. My team, family, and

“Nonito Donaire was dangerous from start to finish. I stuck to the game plan and at times my boxing was beautiful,” Frampton told BT Sport as he looked forward to having a world-title shot at Belfast’s Windsor Park – best known as the home ground of Northern Ireland’s football team.

“There is only one thing on my mind at the moment – a world title fight at Windsor Park and I can’t wait to get there.”

Frampton, who split from promoter Barry McGuigan last year, before ditching Shane McGuigan, Barry’s son, as his trainer, added: “In the 11th round I was definitely hurt but I survived it and that’s what champions do.

“My trainer Jamie Moore deserves a lot of credit, the game plan was perfect. When it got close I needed to use my straighten which I did. I wasn’t in the middle range too much and when I was, I got caught.

“There is not a man on this planet at featherweight who is going to beat me at Windsor Park.” – Rappler.com