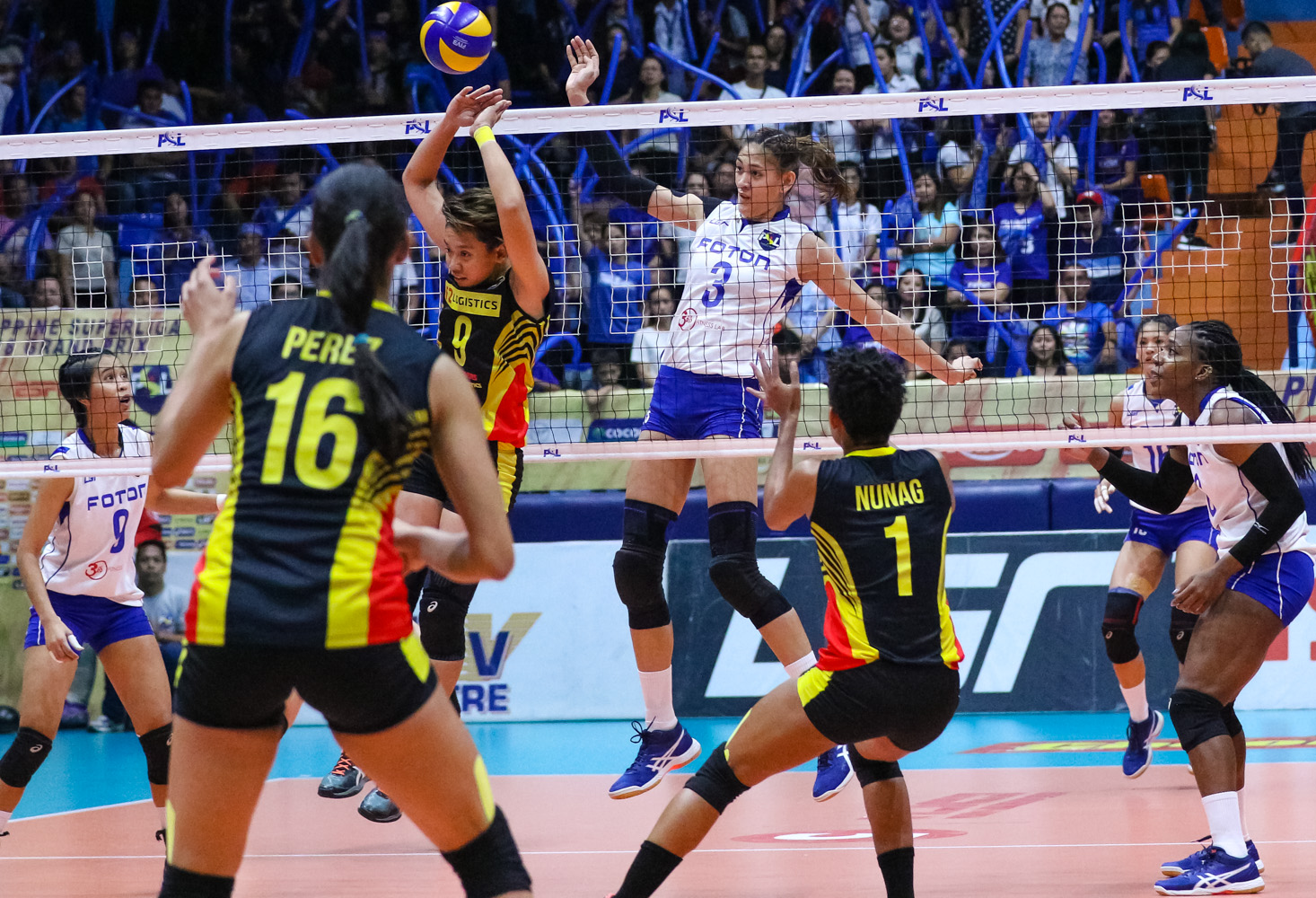 MANILA, Philippines (UPDATED) – F2 Logistics unleashed another sizzling performance as it crushed Foton, 25-19, 25-18, 25-21, to book a return flight to the finals of the Chooks to Go-Philippine Superliga (PSL) Grand Prix on Thursday, April 26, at the Filoil Flying V Centre.

Venezuelan Maria Jose Perez was at her best, delivering crucial hits as the Cargo Movers wrapped up their best-of-three semi-final series.

Game 1 of the best-of-three finals is set on Tuesday, May 1, at the Smart Araneta Coliseum.

“The mindset of the players is to defend the title,” said F2 Logistics coach Arnold Laniog, adding that his players are slowly gaining the same chemistry and confidence that gave them their first Grand Prix crown last year.

“Our chemistry is improving and our connection is getting better. We know that we have a shallow bench. So this kind of improvement can definitely help us where we want to be.

Marano and Cruz delivered eight points apiece while Fajardo did a marvelous job calling the plays with 28 excellent sets.

“Kim had a great game tonight,” said Laniog, whose wards played a near-flawless game with only 11 errors and 43 attacks.

“We know that Foton [players] are taller and more aggressive at the net. But Kim did a good job calling the plays to keep the defense guessing. Her good playmaking opened things up for MJ (Perez), Cha and Aby at the attack zone.”

With Fajardo setting the table, the Cargo Movers opened the third set with a 15-10 advantage.

Import Channon Thompson and Jaja Santiago tried to restore order and pulled the Tornadoes closer, 20-22, but Perez delivered a pair of booming attacks from the open position to capture the match point, 24-20.

“We tried to push Thompson and their outside hitters to commit misreceptions,” Laniog said. “When they started to lose their passing and commit reception errors, we knew that we have a chance to win the game.”

Elizabeth Wendel and Thompson finished with 11 and 10 markers while Santiago and Maika Ortiz chipped in nine points apiece for the Tornadoes, who were relegated to the battle for bronze medal. – Rappler.com