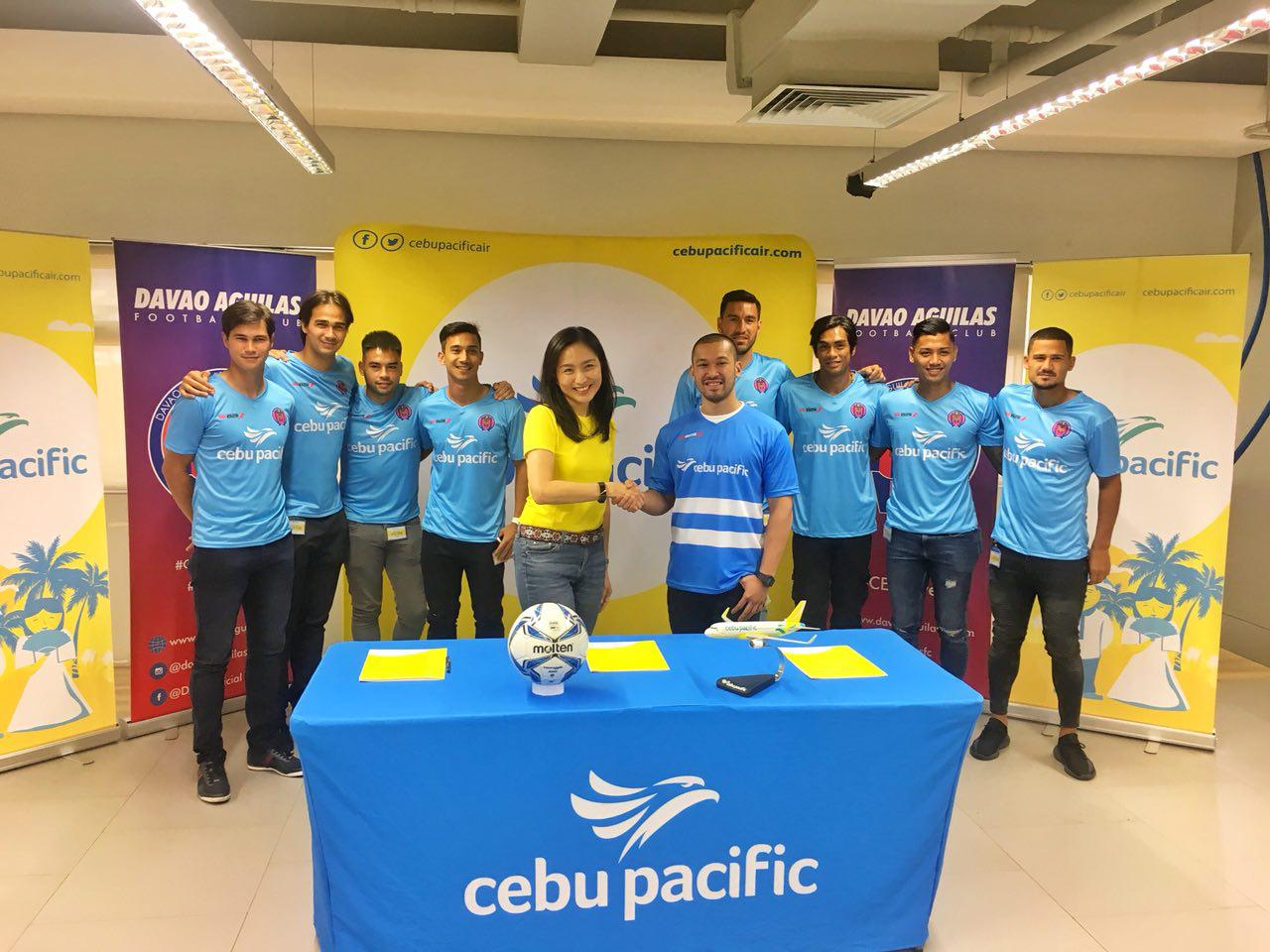 With an airline sponsor, the club expects to be able to cope with the PFL’s grueling home-and-away format that had greatly affected a number of their players last season, especially those who had national duties with the Azkals in the Asian Cup qualifiers.

“In terms of us flying to and from [provinces], we’ll be given some more assistance,” said Davao Aguilas FC general manager Michael Shaw.

“We need to maximize our sponsorships to make sure that our athletes minimize their focus on the logisitics to purely just focusing on the game.”

According to Shaw, the club is currently based in Manila but it will also eventually settle in Davao later in 2018. The partnership with Cebu Pacific becomes a strategic decision as it will pay dividends in the future seasons of the PFL.

“It’s also very strategic because [for] us flying home and away, especially with Kaya going to Iloilo, Ceres in Negros and sooner or later more teams coming into the PFL, we hope that this will be a lot easier and we will streamline the process of the home-and-away matches,” said Shaw.

Davao Aguilas aims to be one of the clubs that will minimize the disruptions in schedule this PFL season as the inaugural edition suffered from game cancellations due to a lack of budget allocated for traveling.

“Travel has been an issue, whether the team can travel to the games or not,” recalled Davao Aguilas captain Phil Younghusband.

“It hasn’t been feasible and they haven’t been able to [travel], so it has affected the schedules and it will mean that later when you have to catch up on games.”

In the first PFL season, Davao Aguilas finished 7th out of 8 despite being able to load up on talent, acquiring Phil and James Younghusband from FC Meralco last July.

Azkals mainstays Younghusbands, Dennis Villanueva and Simone Rota had difficulties in juggling national team duties in the Asian Cup qualifiers while playing with the club every 3 days due to the packed schedule of the PFL.

“That was probably the most tired I felt during my time in the Philippines last season,” admitted Phil.

“You can see in our performances [in the Asian Cup qualifiers] that we got 3 games that we expected to win, but we got 3 draws. So I think it was the effect of a lot of traveling and a lot of the consecutive games in the [PFL] schedule.”

However, with the PFL’s revamped schedule this season, the league is aiming to finish before the international break in September which will make way for the Azkals’ training for the 2018 AFF Suzuki Cup and the 2019 Asian Cup in United Arab Emirates.

For now, the Younghusbands and other members of the national team are focusing on the ongoing PFL season of their respective clubs. After 4 games, the Davao Aguilas ranked 2nd behind Ceres Negros FC with 8 points from two wins and two draws. – Rappler.com