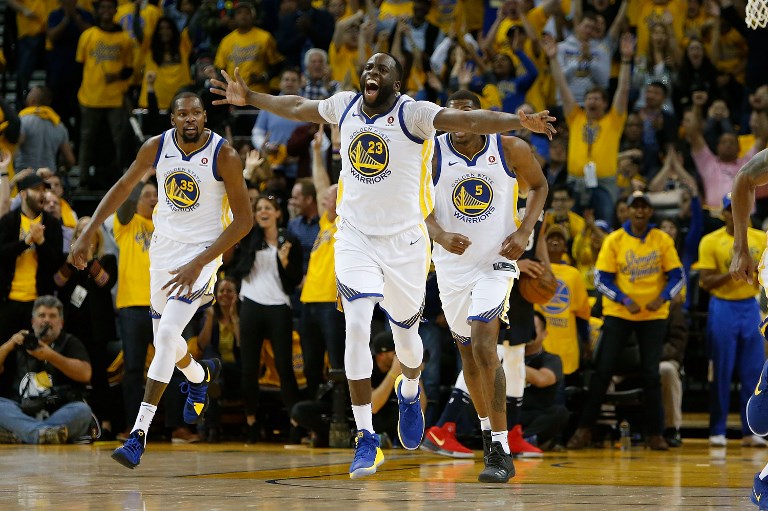 Green finished with 16 points, 15 rebounds, 11 assists, and Kevin Durant tallied 26 points and 13 rebounds for the defending champion Warriors, who took command of the contest in the second quarter.

“We knew we had to come out and get the ball moving,” Green said. “Make sure everyone was a threat on the floor and we did. We knew we could pick them apart.”

The Warriors built on an early run where they outscored the Pelicans, 41-21, in the second quarter.

Golden State again played without two-time MVP Stephen Curry. Coach Steve Kerr said it was “very likely” Curry would play Game 2 on Tuesday. Curry has been out since March 23 with a sprained knee.

“If he comes back he is our guy,” said Green. “He will incorporate himself back into the offense. We will be ready to roll.”

Anthony Davis paced the Pelicans’ attack with 21 points and 10 rebounds while Jrue Holiday had just 11 points on a disappointing four-of-14 shooting. – Rappler.com