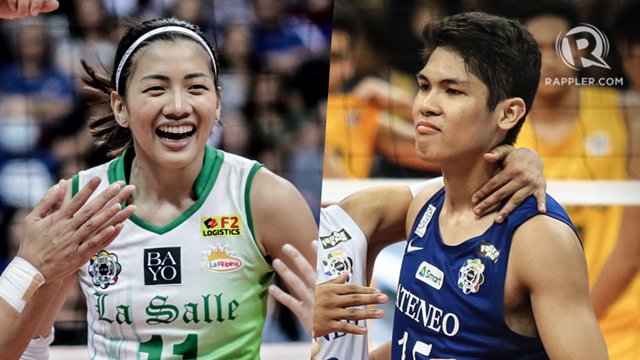 MANILA, Philippines – Jersey retirements are done only for players who have left an indelible mark and influence on their teams.

After all, Espejo just won his 5th Most Valuable Player award in the UAAP, making him the only player in league volleyball history to win the highest individual honor in every season of his entire collegiate career.

Dy took to Twitter to support the call of Espejo’s jersey retirement by tweeting “#RetireMarckEspejosJersey.”

Dy teased Espejo, who took home half of the 8 individual awards excluding the Rookie of the Year, about his recent accomplishments.

It should be noted, however, that Ateneo does not retire its players’ jerseys, including that of Alyssa Valdez, who steered the Lady Eagles to two UAAP championships while winning 3 league MVPs. – Rappler.com