Crown in sight for DLSU, but FEU likes comeback chances 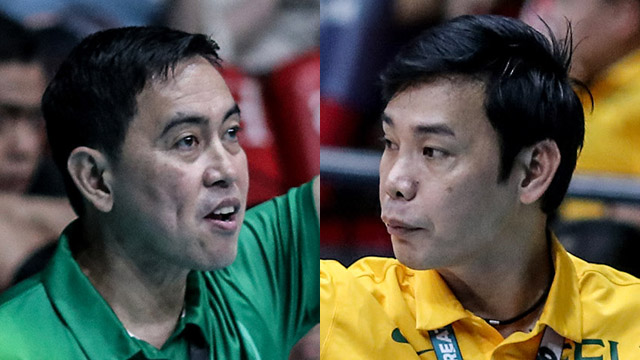 Despite La Salle’s dominance, De Jesus knows that FEU has the tools to make a comeback in the UAAP Women’s Volleyball championship series.

That’s why the Lady Spikers would certainly want a repeat of their straight-set victory over the Lady Tamaraws in their bid for a 3rd straight championship on Wednesday, May 2, at the Smart Araneta Coliseum

(We’re going to make sure to take Game 2 because it’s going to be difficult if we reach Game 3, and we’re going to study how to control FEU based on its performance in Game 1.) 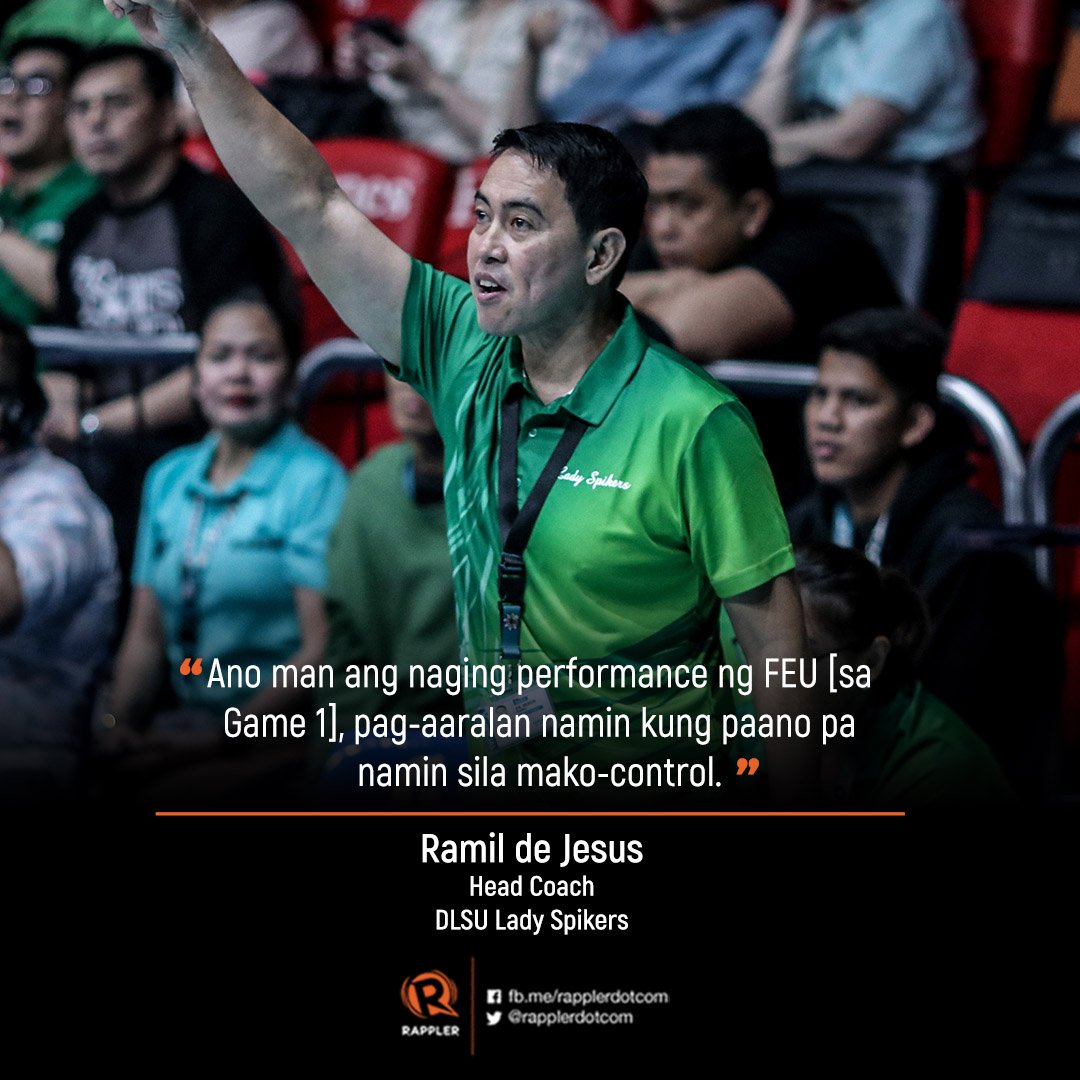 The back-to-back champions have not dropped a set in their last 3 games. Prior to the finals, they swept archrivals Ateneo Lady Eagles at the end of the second round and the 4th seeded National University Lady Bulldogs in the Final 4.

Although the Lady Tamaraws showed they’re a worthy challenger after clinching their first finals berth in 10 years, the squad ran into trouble in Game 1 with their 34 errors. 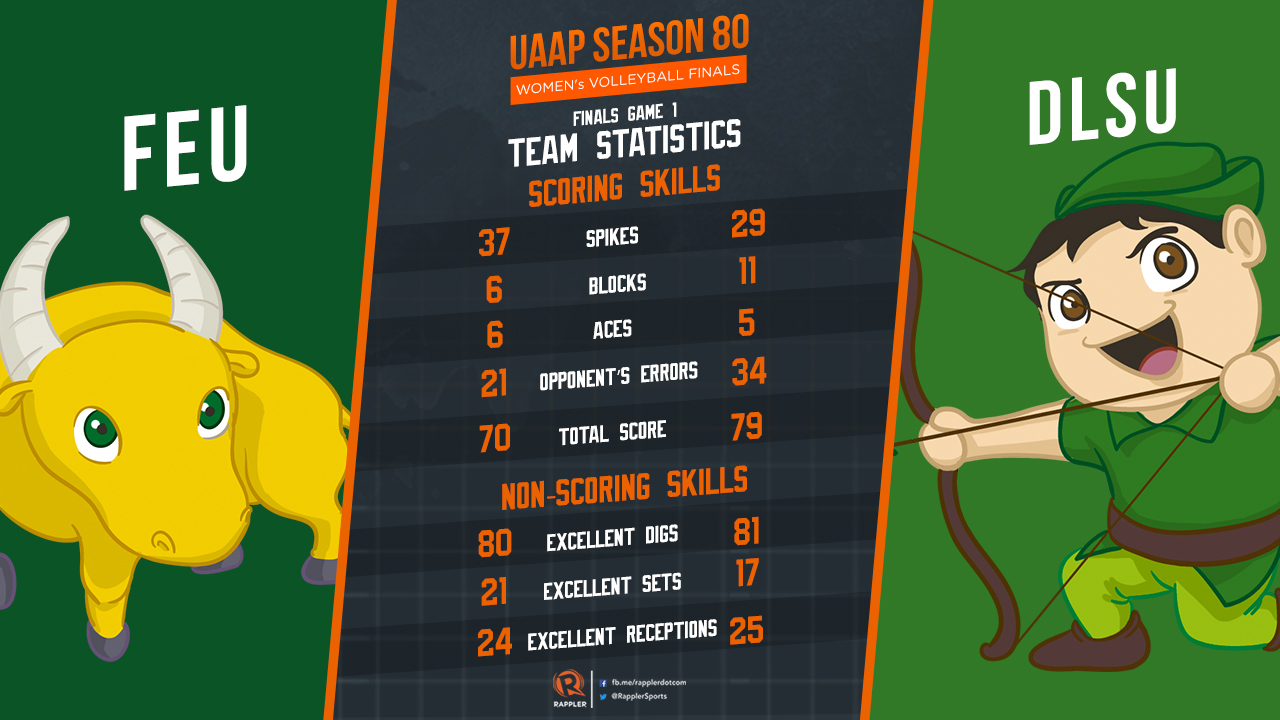 FEU head coach George Pascua knows that his team has the potential to turn the series around after learning from their Game 1 experience.

(It’s not impossible if we learn from our Game 1 experience and lessen our errors. We’re not going to stop as long as the battle is still going on.) 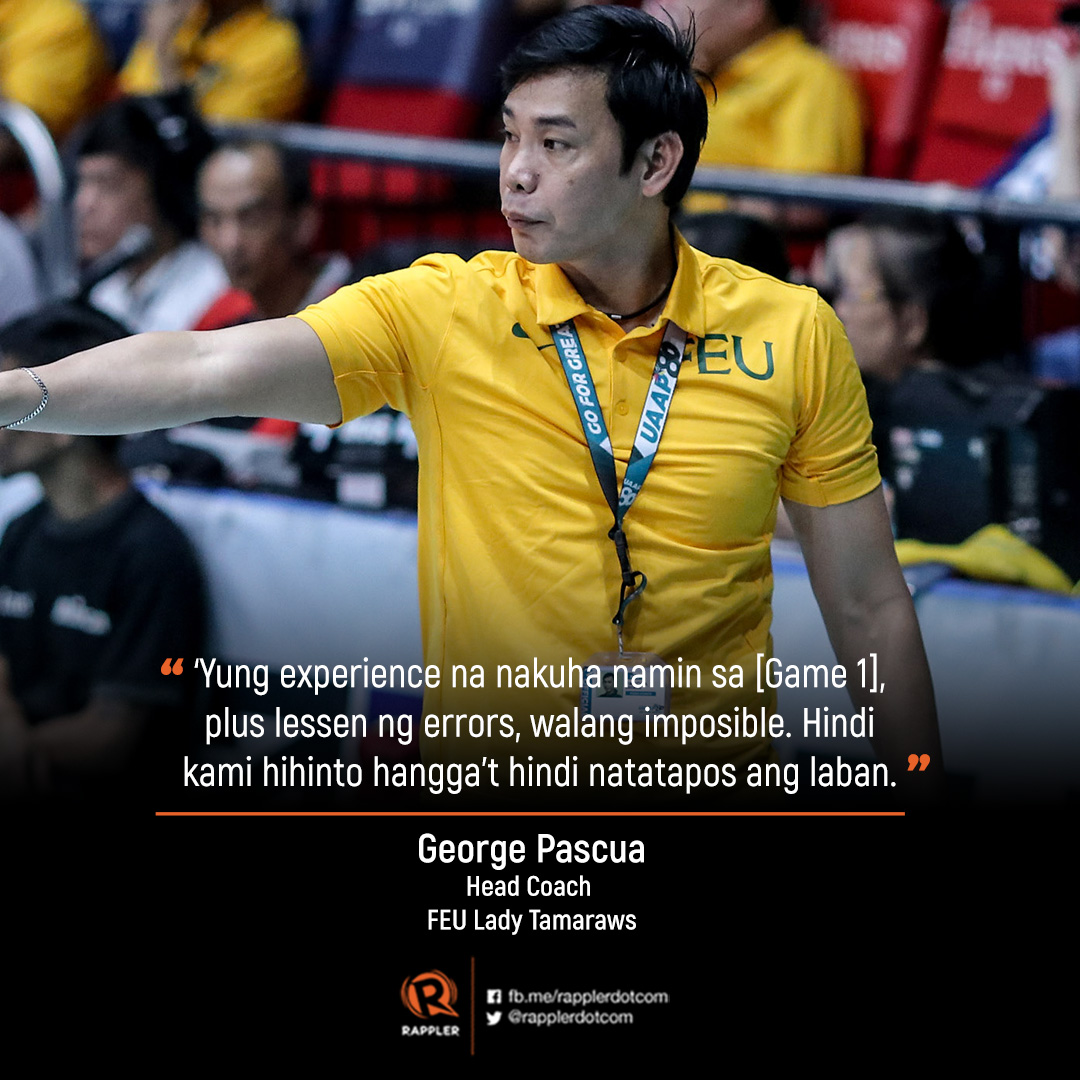 In Game 1, FEU captain and leading scorer Bernadeth Pons was silenced to a single-digit output of 9 points by the Lady Spikers. This saw outside Heather Guino-o step up to lead the Lady Tamaraws matchup with DLSU’s topscorer Kim Dy. 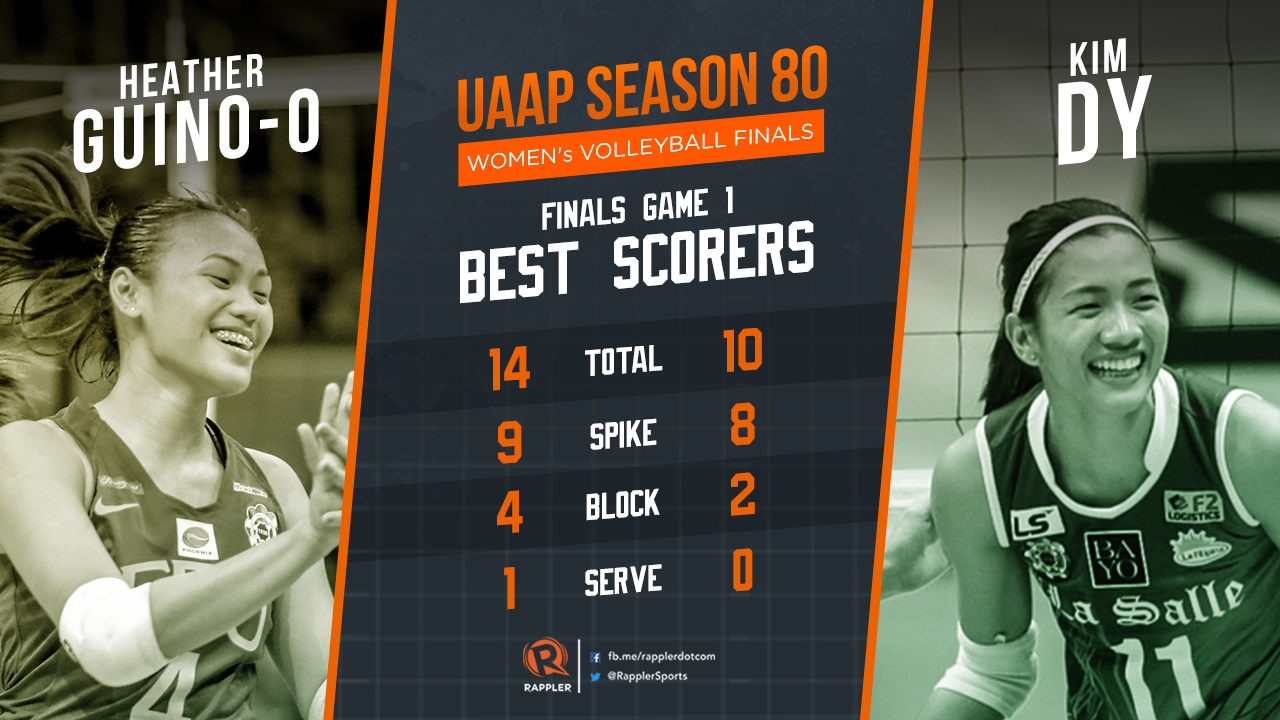 With the Lady Tamaraws hoping to make up for missed opportunities, will they be able to stop the Lady Spikers from taking the Game 2 and the championship? – Rappler.com