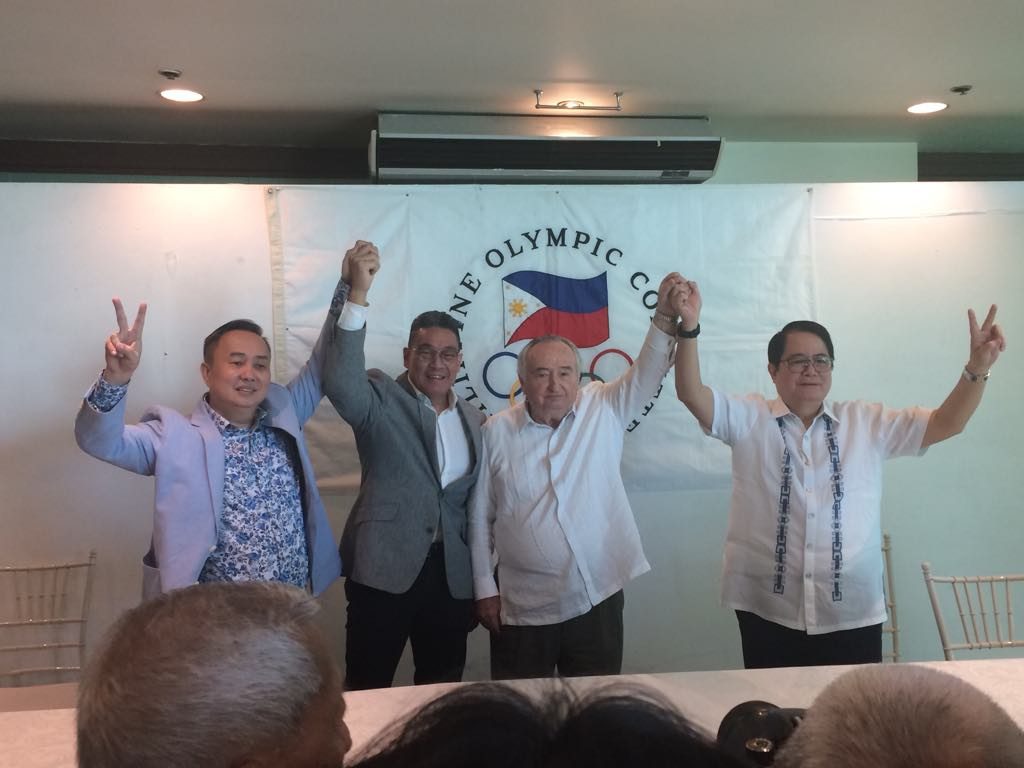 All of the 12 PBA teams donated P500,000 each for a total of P6 million while SMC and MVPSF gave P20 million apiece as the POC gears up for the country’s 2019 hosting of the Southeast Asian Games and the Asian Games campaign this August.

POC president Ricky Vargas, who also holds the chairmanship of the PBA board, said the money will be spent on different purposes depending on the memorandum of agreement (MOA).

(For every contribution, there is a directed MOA for every donee. For San Miguel, they will choose the NSAs and the program they will godfather and work with. For MVPSF, we promised that we will give incentives to winning athletes and we hope there will be nothing left because that means we will win many medals.)

The donations were presented during halftime of TNT KaTropa’s 96-92 win over Barangay Ginebra on Sunday, May 6, at the Mall of Asia Arena.

PBA commissioner Willie Marcial said the Board of Governors planned the donation during a recent meeting in Hong Kong.

(This is an initiative of the governors and they really wanted to help the POC. The governors decided in Hong Kong to support the POC and the president, who is also our chairman.)