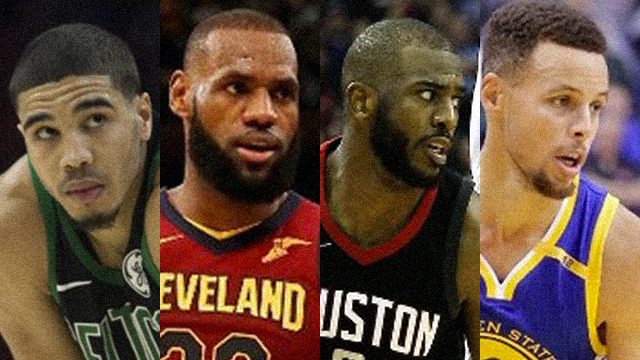 Facebook Twitter Copy URL
Copied
The Houston Rockets battle the Golden State Warriors in the Western finals, while the Boston Celtics clash with the Cleveland Cavaliers in the Eastern duel

MANILA, Philippines – The highly anticipated 2018 NBA conference finals showdown gets going with the top-ranked Houston Rockets (65-17) battling No. 2 Golden State Warriors (58-24) in the Western Conference and the second-seeded Boston Celtics (55-27) clashing with No. 4 Cleveland Cavaliers (50-32) in the Eastern Conference finals.

So be ready to wake up early – or maybe play hooky – to catch the action!