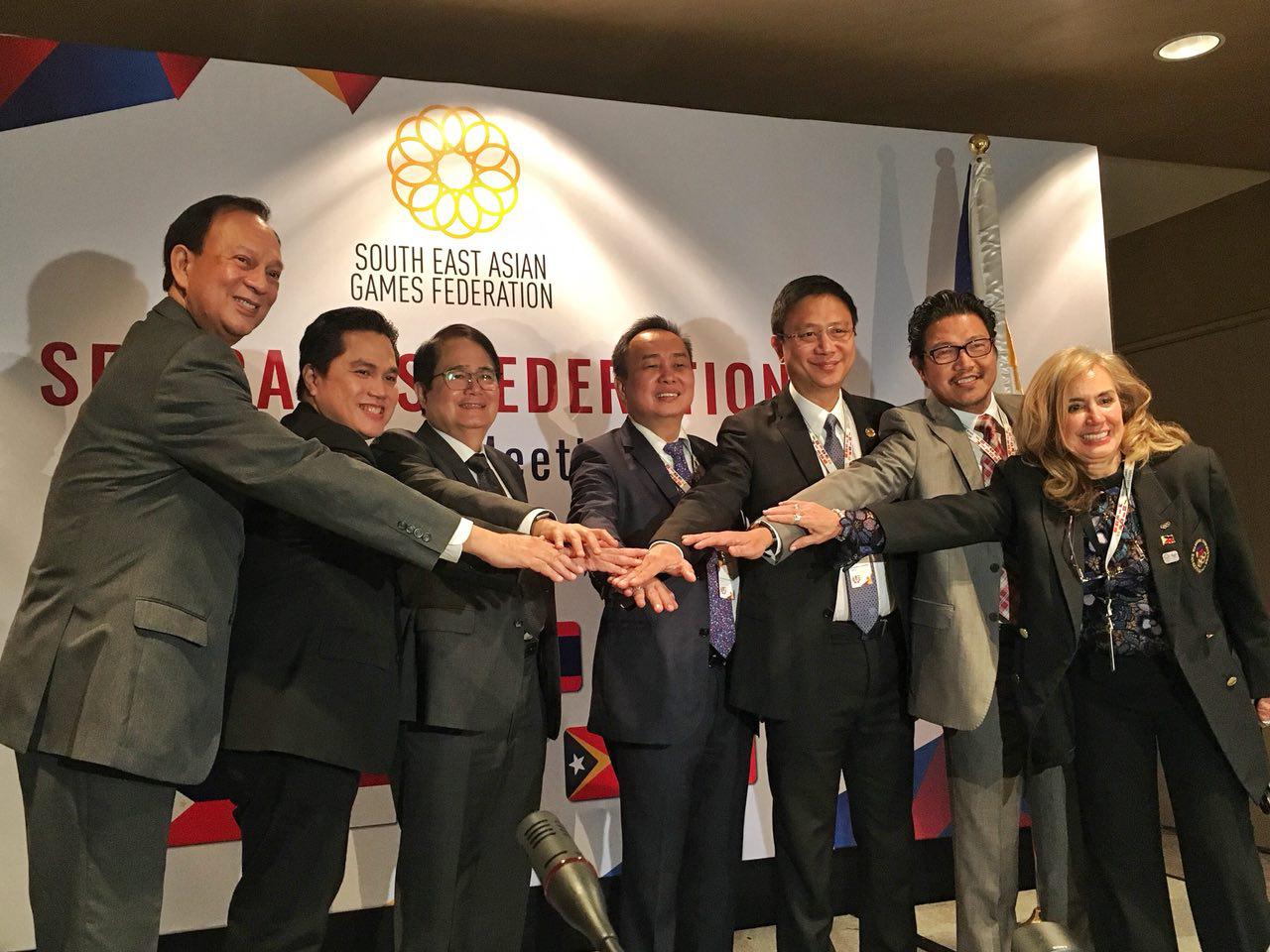 MANILA, Philippines – As the main hub of the 2019 Southeast Asian Games rises in Capas, Tarlac, the Philippines should consider hosting future continental events.

Erick Thohir, the Indonesian president of the 2018 Asian Games Federation, said the massive investment in New Clark City – which will serve as the main venue of the Philippines’ SEA Games hosting – may open doors for the country.

“I’m really sure that the next step for the Philippines can be hosting the Asian Games 2030. [It’s the direction taken by] many countries because you’re going to build a new city, build many facilities – sports facilities,” said Thohir.

“I think it’s not only to organize sports games anymore, this is business, national branding, creating jobs, including infrastructures and so on.”

Aside from hosting the athletics and aquatics competitions, New Clark City will also house the SEA Games participants and officials in its Athlete’s Village, which will open 10 days before the regional tournament kickoff. It will also be the venue of the shooting, archery and martial arts competitions.

“Our masterplan for 30th SEA Games [is that it] will be the best ever SEA Games,” said Ramon “Tats” Suzara, the 2019 SEA Games planning and coordination office executive director.

The SEA Games’ secondary location will be in Subic, Zambales, while Metro Manila will serve as the 3rd hub.

PHILSGOC will also make use of the Clark International Sports Complex for the baseball and softball tournaments as it boasts 8 different fields and the largest baseball facilities in the country.

According to Suzara, the opening ceremonies will be held on November 30 at the Philippine Arena in Bulacan, which is expected to draw a full-house attendance.

Inspired by the extravagant opening ceremonies of recent multi-sport events such as the 2017 Kuala Lumpur SEA Games and the 2018 Pyeongchang Winter Olympics, Suzara aims to modernize the program, and even hinted that it will include a digital lighting of the ceremonial flame.

“You could just imagine the digital lighting of the flame. We’re going digital, but of course, we have a backup of the normal, traditional opening ceremony [in the] national athletic stadium,” said Suzara.

“We are not doing a SEA Games level of organizing the events, we are doing it as Asian Games level,” he added. “That’s why the expectations in my master plan with the executive board, with Secretary Alan (Peter Cayetano) and (POC) president Vargas is this is the best ever SEA Games.”

PHISGOC also proposed the construction of “NOC (National Olympic Committee) mansions” with 15 to 17 rooms each and 5- to 7-bedroom villas that will be built in New Clark City.

The first of its kind in the SEA Games, the mansions and villas will accommodate the delegates from 11 countries. The bigger countries such as Thailand, Indonesia, Malaysia, and the Philippines will get one mansion each, while the smaller delegations will be assigned to the villas.

“This is something new kasi (because) normally it’s just hotel, but for the first time in 2019 there will be mansions,” said Suzara

“For the media, there’s a broadcast center and media center, it’s so huge.”

To promote the games that will run from November 30 to December 10, PHISGOC and President Rodrigo Duterte will launch the official logo, mascot and slogan in Clark, Cebu and Davao to represent each of the 3 main island groups of the Philippines.