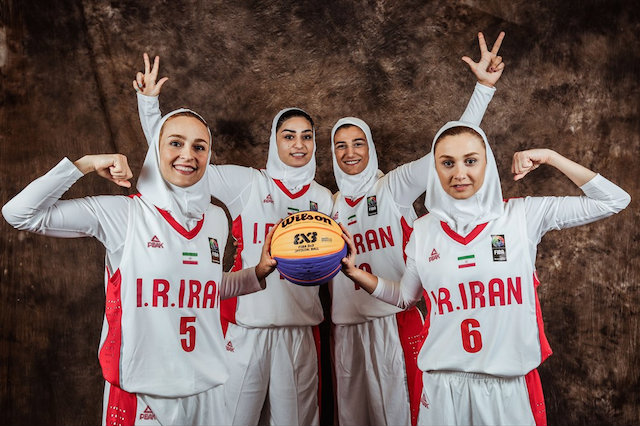 BULACAN, Philippines – After a lackluster start to the FIBA 3×3 World Cup 2018, the Iran national women’s basketball team penned a happy ending to its campaign with a victory over 2nd-ranked Andorra, 21-12, on Monday, June 11.

This win is not only just another addition to the country’s record, but it also becomes a  beacon of hope to keep the government’s support for 3×3 basketball.

“We needed to show this [win] back home for them to continue supporting our 3×3 program,” said Iran national women’s 3×3 team head coach Nika Nikbikli.

The Iranian goverment is looking to withdraw its support for the country’s program in the 3-a-side game, making the World Cup one of the last chances for the women’s team to prove that 3×3 basketball is worth the investment.

Iran’s win over Andorra also marked the first victory of a hijab-wearing team in a FIBA-sanctioned 3×3 basketball league.

This is a another positive development for Muslim women’s basketball players to play in the professional level after International Basketball Federation (FIBA) allowed the religious headwear “hijab” to be worn on the court.

The Iran national women’s basketball team started playing in professional basketball leagues in the 5-a-side format in 2017, and it made its 3×3 debut in the FIBA 3×3 Asia Cup last May 2018.