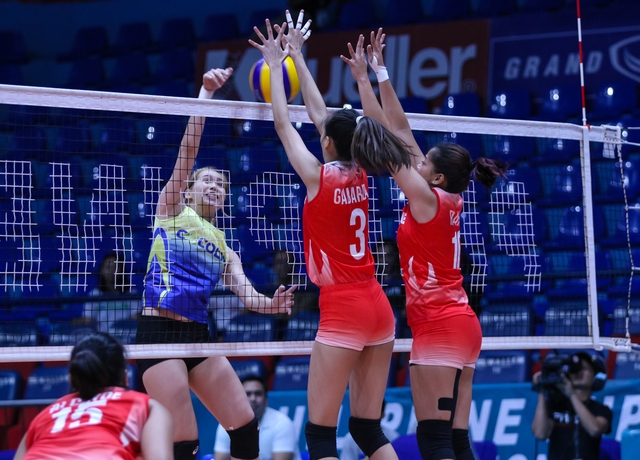 MANILA, Philippines – The Cocolife Asset Managers pulled off a 4-set win over the Cherrylume Iron Lady Warriors to open their 2018 Philippine SuperLiga Invitational Cup campaign on a high note at the Arena in San Juan on Monday, June 25.

Alex Tan added 15 points off 13 attacks and two blocks, including an off-the-block hit that sealed Cocolife’s first win against the pesky Cherrylume squad.

Following an error-strewn first set, the Asset Managers underwent a major revamp and led by as much as 11 points in the second set, 22-11.

Although Cocolife still struggled with its errors in the second set, its lead was too large to overcome for the Iron Lady Warriors as the Asset Managers tied things up at one set apiece.

Cocolife continued to take control – leading 23-15 in the 3rd set – before the Iron Lady Warriors unloaded 7 straight points to come within a whisker, 22-23.

However, a Judith Abil error and a Tan attack put the Cocolife Managers a set away from the victory.

Abil poured in 12 points off 9 attacks and 3 aces while Mary Anne Mendrez chipped in 11 points from 10 attacks and a block. – Carla Molina/Rappler.com