Gilas seeks to slay the giants in Australia before Filipinos

Jul 1, 2018 8:55 PM PHT
Delfin Dioquino
Facebook Twitter Copy URL
Copied
The Filipinos hold on to the hope of beating the Aussies the same way Japan pulled off a monumental upset against Australia 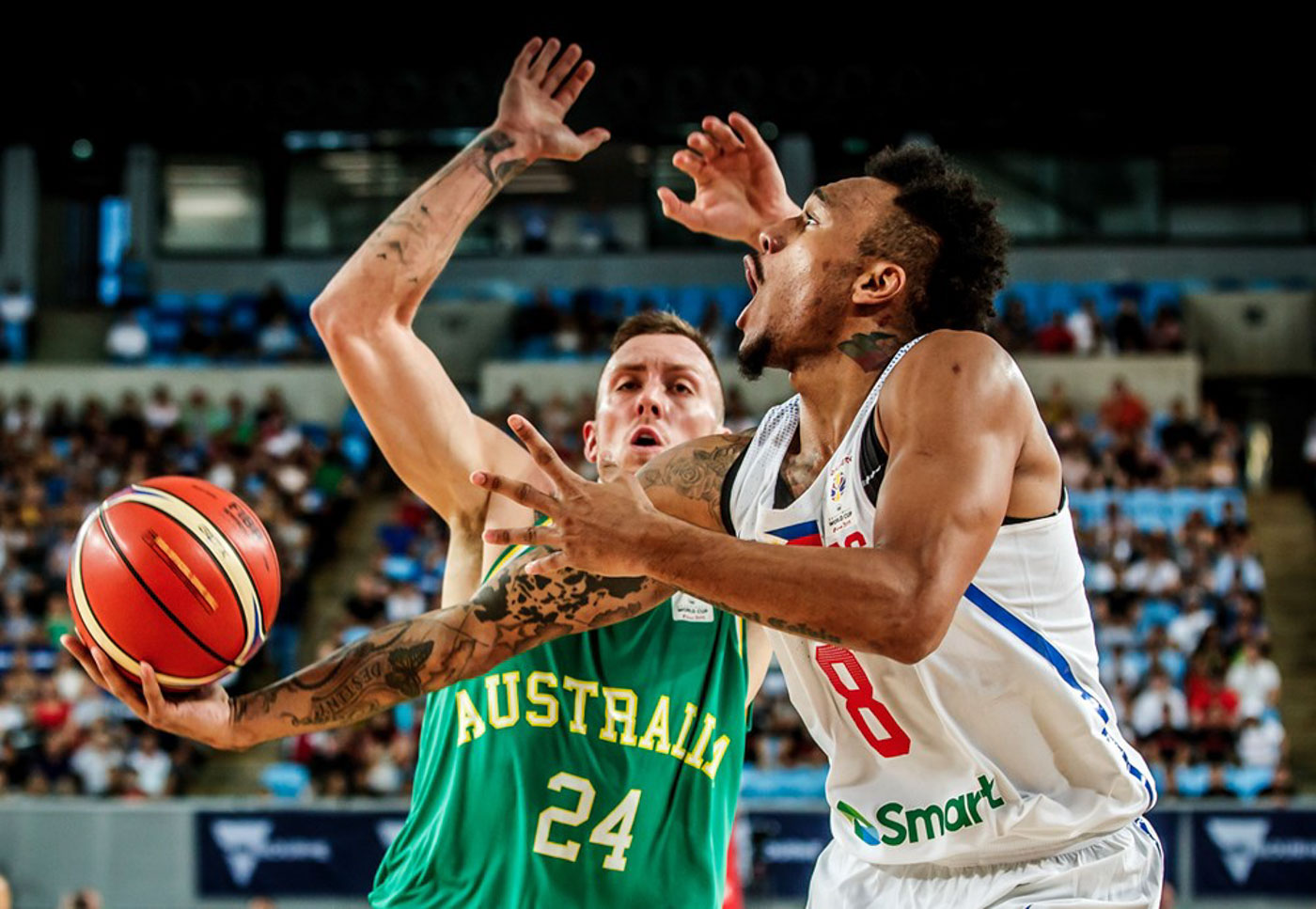 MANILA, Philippines – Gilas Pilipinas is the heavy underdog entering its clash against powerhouse Australia but the Boomers’ shocking loss to Japan proves they are not invulnerable as people deemed them to be.

The Filipinos look to hand the Aussies their second defeat when they meet for their final game in the first round of the Asian Qualifiers for the 2019 FIBA World Cup on Monday, July 9.

After sweeping the first two windows in Group B, Australia seemed unstoppable as it posted a winning margin of 24.5 points to head into the 3rd window of the Qualifiers with a mighty 4-0 record.

However, a stunning 78-79 loss to Japan on Friday, June 29, did not only tarnish the Aussies’ record, it also changed the notion that the giants can, after all, be slain.

Gilas, which is coming off a rousing 93-71 rout of Chinese Taipei last Friday, holds on to that hope. (Gilas Pilipinas tweaks lineup vs Australia in World Cup Qualifiers)

“I can’t really tell what the level of optimism is except to say that in our team, there is no quit. In this team, we keep fighting and you know, we’ll see what happens,” said head coach Chot Reyes after Gilas annihilated the Taiwanese.

Although already assured of a spot in the second round, Gilas is expected to pull out all the stops in order to defeat Australia, especially since thousands of Filipinos will be watching at the 55,000-seater Philippine Arena.

The Nationals will also be banking on the return of key cogs Jayson Castro, Terrence Romeo, and Troy Rosario – all of whom were sidelined in the team’s 16-point loss to the Boomers in the second window in February.

The 3 were pivotal against Chinese Taipei, with Castro and Romeo conjoining for 29 points and 10 assists and Rosario chipping in 6 points and 3 rebounds.

Although Dellavedova finished with just 4 points and 8 assists against the Japanese, he will still be a quite a handful for Gilas. Maker, on the other hand, provides a problem for the Philippines just with his 7-foot-1 frame.

According to Reyes, Gilas cannot afford surrendering 50-50 possessions to the Aussies just like they did against Chinese Taipei and that they should display pinpoint 3-point sniping.

“With Australia’s size and power inside, we got to be able to loosen up their interior defense with some great outside shooting,” Reyes added.

The game will determine who will finish Group B at the top with both teams carrying identical 4-1 records. – Rappler.com