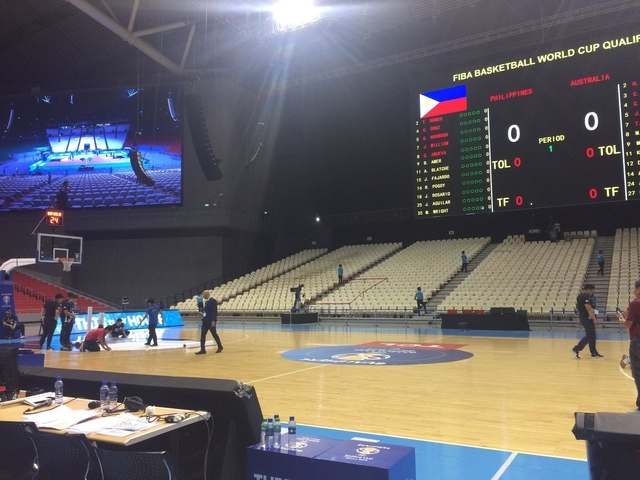 “Okay na, they apologized. SBP is good with it but we did make it clear that their actions weren’t acceptable,” Panlilion told Rappler through text.

The Aussies caught the ire of SBP, Gilas patrons Manny Pangilinan and Ronald Mascariñas and national team head coach Chot Reyes for ripping the sponsors’ decals – stickers of Gilas’ corporate sponsors on the hardcourt – without permission during a closed-door practice on Sunday, July 1.

Australia had cited the decals were slippery and might cause injuries to their players.

But SBP contested that Australia should have raised their concerns to FIBA officials.

“I think we highlighted the fact that they didn’t follow protocol if they had issues. Besides, FIBA approved it,” said Panlilion of the stickers, which were also used during Gilas’ previous home games in the 2019 FIBA World Cup Asian Qualifiers.

Panlilio added that top-ranked FIBA officials were informed of what Australia did.

Two hours before the game, the stickers were replaced by the event organizers just in time for the 7:30 pm tip off.

Gilas and Australia vie for the top spot in Group B as the first round of the Qualifiers nears its end. – Rappler.com