Senators stand by Gilas Pilipinas amid brawl with Australia 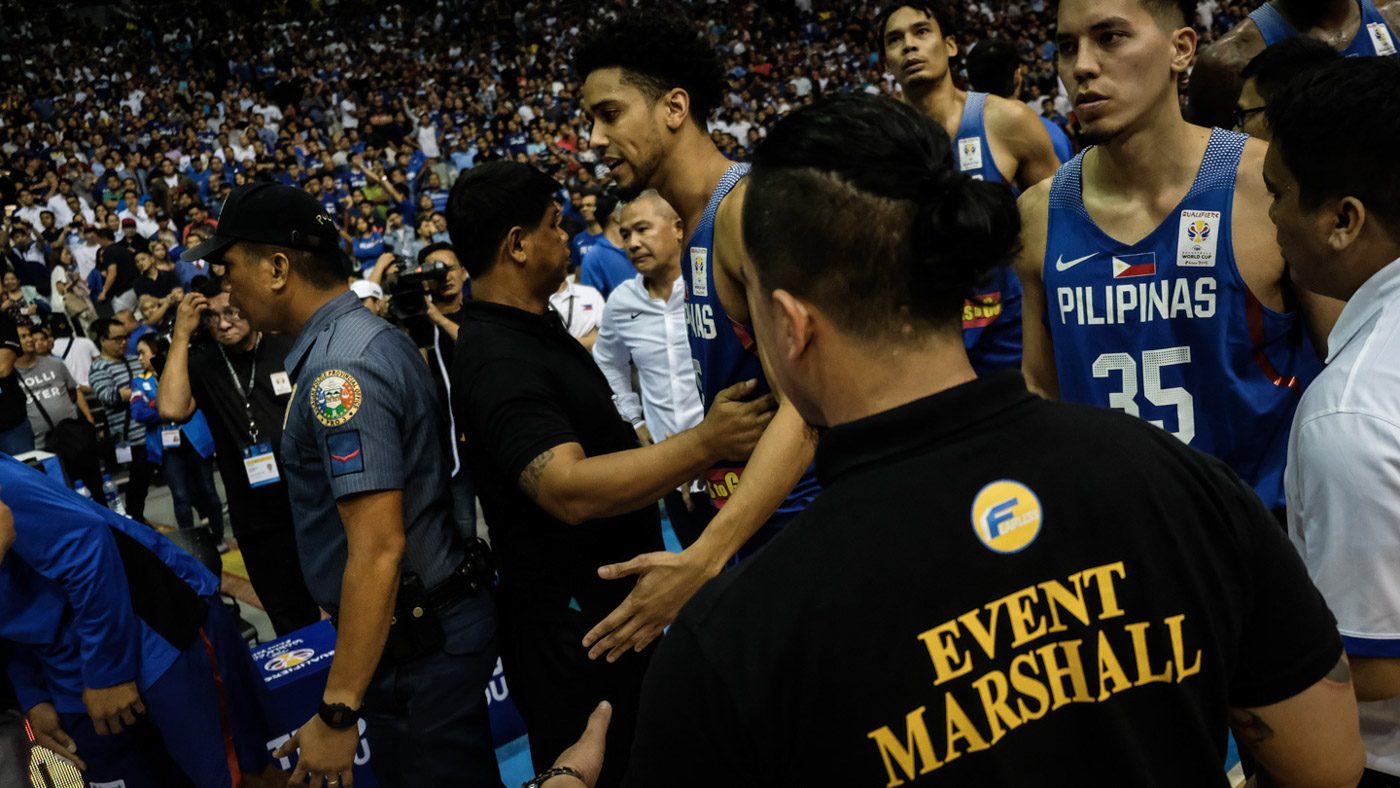 While the fight was “unfortunate,” Senator Juan Edgardo Angara said it was a universal human reaction to look out for one’s teammates. Angara is the chairman of the Samahang Basketbol ng Pilipinas, the national sport association for basketball.

“It was an unfortunate event but I stand by the Gilas team on this. One may criticize how the game ended, but the true test of a fan is to stick with his team win or lose, through thick and thin,” Angara said in a statement on Tuesday, July 3.

He said the event could have been prevented “if the referees had tightened officiating to better control the game.” (READ: Chot Reyes defends Gilas’ actions in brawl with Australia)

“In the heat of the moment, the players on both sides had to stand up for each other. It is not only a universal human reaction in a team sport, but for those who have played the game, looking after each other is part of the brotherhood among team members,” he said.

He, however, said sanctions must be imposed on players, as well as non-players who joined the melee.

Angara also assured the international community of Filipinos’ hospitality and that the fight was just an “isolated event.”

Senator Joel Villanueva said Gilas could not be entirely blamed for what happened.

“Unfortunately the game ended in a brawl. Can you really blame our Gilas players, down 25+ points, these guys were still taunting then the solid elbow off Pugoy’s face? #puso,” Villanueva said on Twitter.

“Gilas Pilipinas vs Australia game was tension filled from the start. Matthew Wright was shoved by Daniel Kickert during warm ups. Not defending the Gilas but that is utter disrespect and inappropriate as game hasn’t even started. Australians were taunting the players & crowd,” Ejercito said on Twitter.

“Daniel Kickert of Australia was the one who shoved Matthew Wright during warm ups, he was also the one who gave the elbow to Roger Pogoy’s blind side that started the brawl. Dirty and arrogant player,” he said.

Netizens both from the Filipino and Australian sides were “disappointed” of their respective team’s actions. Even PBA players were “embarrassed” how Philippine basketball was presented to the international stage.

Malacañang said the “regretful” incident was something the Philippines has to be “sorry for.” Presidential Spokesperson Harry Roque also called out the referees for not stopping the game early enough to prevent the brawl.

The Australia Boomers won the game by default, 89-53, as Baser Amer was the only player left in the roster after 9 Gilas players were ejected and June Mar Fajardo and Gabe Norwood fouled out of the game. – Rappler.com