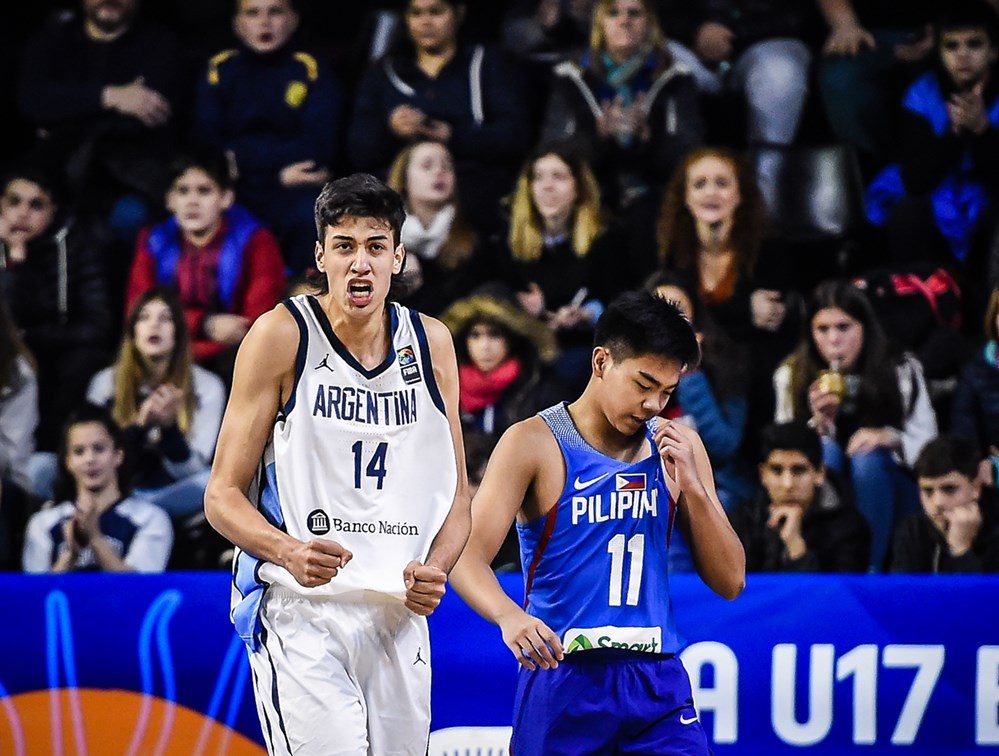 All teams move on to the Round of 16 with the Philippines – which finished in the Group D cellars at 0-3 – taking on Group C’s undefeated Canada next.

Batang Gilas will face the world’s second-best U17 team behind longtime leader USA on Thursday, July 5.

After trailing for most of the game, the Gilas upstarts finally tasted a 3-point lead off a patented triple from National University (NU) Bullpups sniper Terrence Fortea, 64-61.

However, the hosts slammed the door on its guests as Argentina staged an 11-2 run, 72-66, with just over 3 minutes remaining.

Leading scorer Juan Francisco Fernandez extended the lead back, 74-68, with a crafty pump fake under Kai Sotto at the 1:58 mark after a short jumper by De La Salle-Zobel (DLSZ) transferee RC Calimag.

Fortea gave the hosts a light scare with a pull-up triple off a Yukien Andrada steal, 71-74, with 27 seconds left.

Sotto had one last chance to tie the game with 7 seconds left, but his game-tying triple clanked off as Argentina ran away with the win.

The Bullpup duo of Fortea and Gerry Abadiano led the Nationals’ losing effort with 17 points apiece. Sotto added a double-double of 12 points and 15 rebounds with 4 blocks on a 4-of-9 (44%) shooting, but couldn’t make the last shot that mattered.

Fernandez led Argentina with 15 points, as he was supported with 11 points from Ezequiel Paz and 10 from Agustin Cavallin.

It looked like the same old script for Batang Gilas early on, as Argentina led by as many as 11 points off a trey from Fernandez, 20-9.

However, NU stalwart Gerry Abadiano led the comeback efforts and got his team within 4, 32-36 at the half.