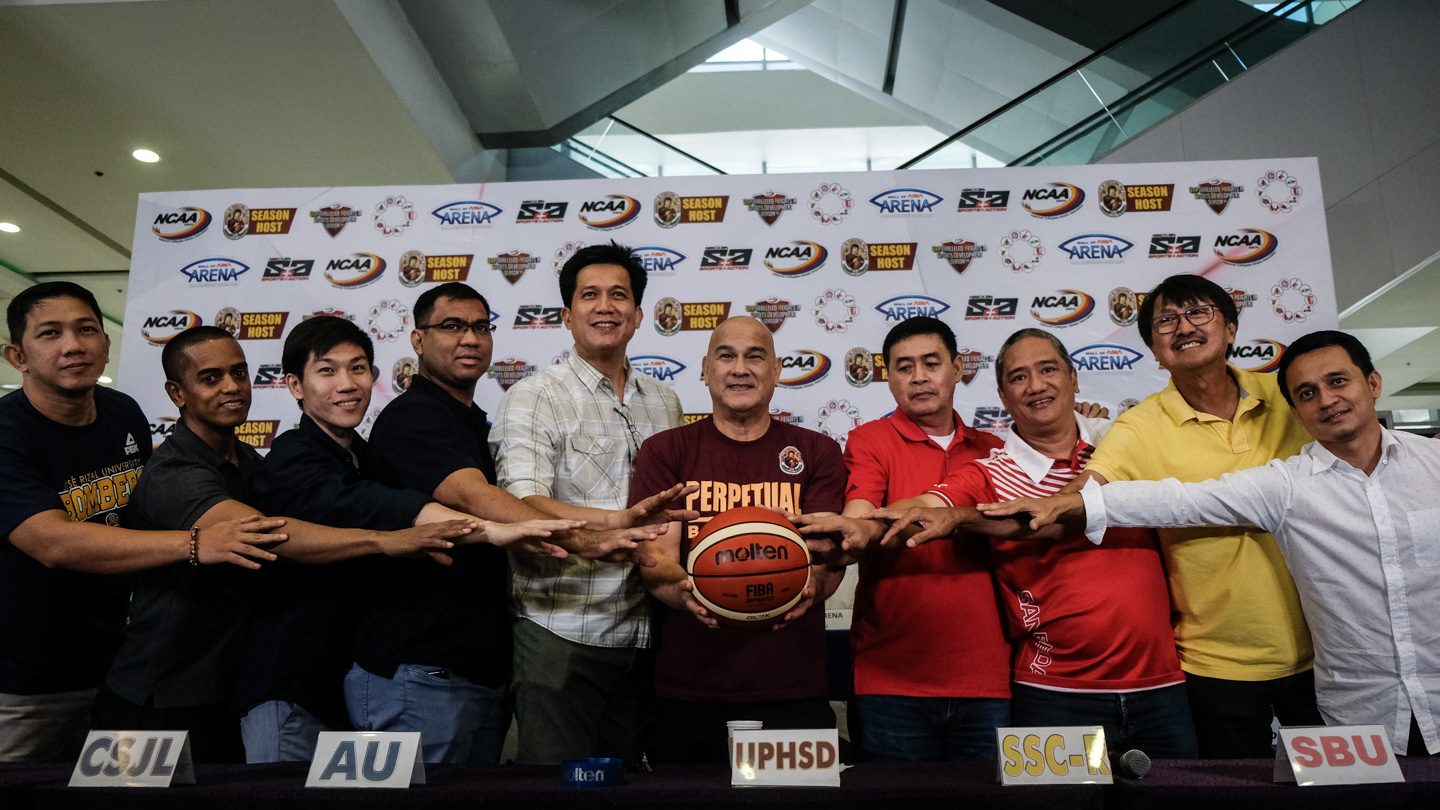 MANILA, Philippines – It’s a scene that happens every time just before the NCAA men’s basketball season unfolds – coaches picking the San Beda Red Lions as the team to beat.

So Season 94 is no different and San Beda coach Boyet Fernandez again felt thankful for the repeated mentions of the reigning back-to-back champions.

(Well, first of all, thank you. At least, San Beda is again a team to beat.)

“But again, it’s added pressure. For me, all the teams already have improved. You saw St. Benilde do a good job in Filoil (preseason tournament). With Perpetual and coach Frankie (Lim), it’ll be a different team. Letran and LPU will still be there.”

The Red Lions, who reached the championship round in the last 12 years and ruled 10 of them, have also been mentioned alongside last season’s runner-up Lyceum Pirates.

“San Beda and Lyceum are still up there,” said St. Benilde Blazers head coach TY Tang. “There’s Letran, and Mapua’s improved a lot as well. And with the resurgence of coach Frankie, I think UPHS (University of Perpetual Help System) has been doing really well.”

The Red Lions kick of their bid to extend their reign  against host Perpetual Help at 2 pm, while the Pirates tackle San Sebastian at 4 pm on Saturday, July 6,  at the Mall of Asia Arena in Pasay City.

(San Beda and Lyceum are the favorites. Then the rest of us, we’re more or less equals, so here’s where we would battle to see who joins those two in the Final Four.)

Lyceum coach Topex Robinson, whose Pirates swept the eliminations but fell short in the finals last season, have his own picks.

“CSB was really a promising team last preseason,” said Robinson. “Letran beefed up a lot, and there’s still gonna be Mapua, San Sebastian. So again, the good thing about it now, it’s more or less a lot of equal playing fields among the teams. So that’s gonna be a big improvement this season.”

The Pirates were undermanned for most of the preseason due to team stars, like top PBA draft prospect CJ Perez, training abroad with solid wing MJ Ayaay and star foreigner Mike Nzeusseu.

However, they fully displayed their heart in the PBA D-League after being the lowest-seeded team in league history to nab the D-League championship over the tenacious San Sebastian-led Che’lu Revellers.

San Beda, meanwhile, also had a solid preseason run behind Robert Bolick in Filoil before bowing to UAAP champion Ateneo in the title match. – Rappler.com