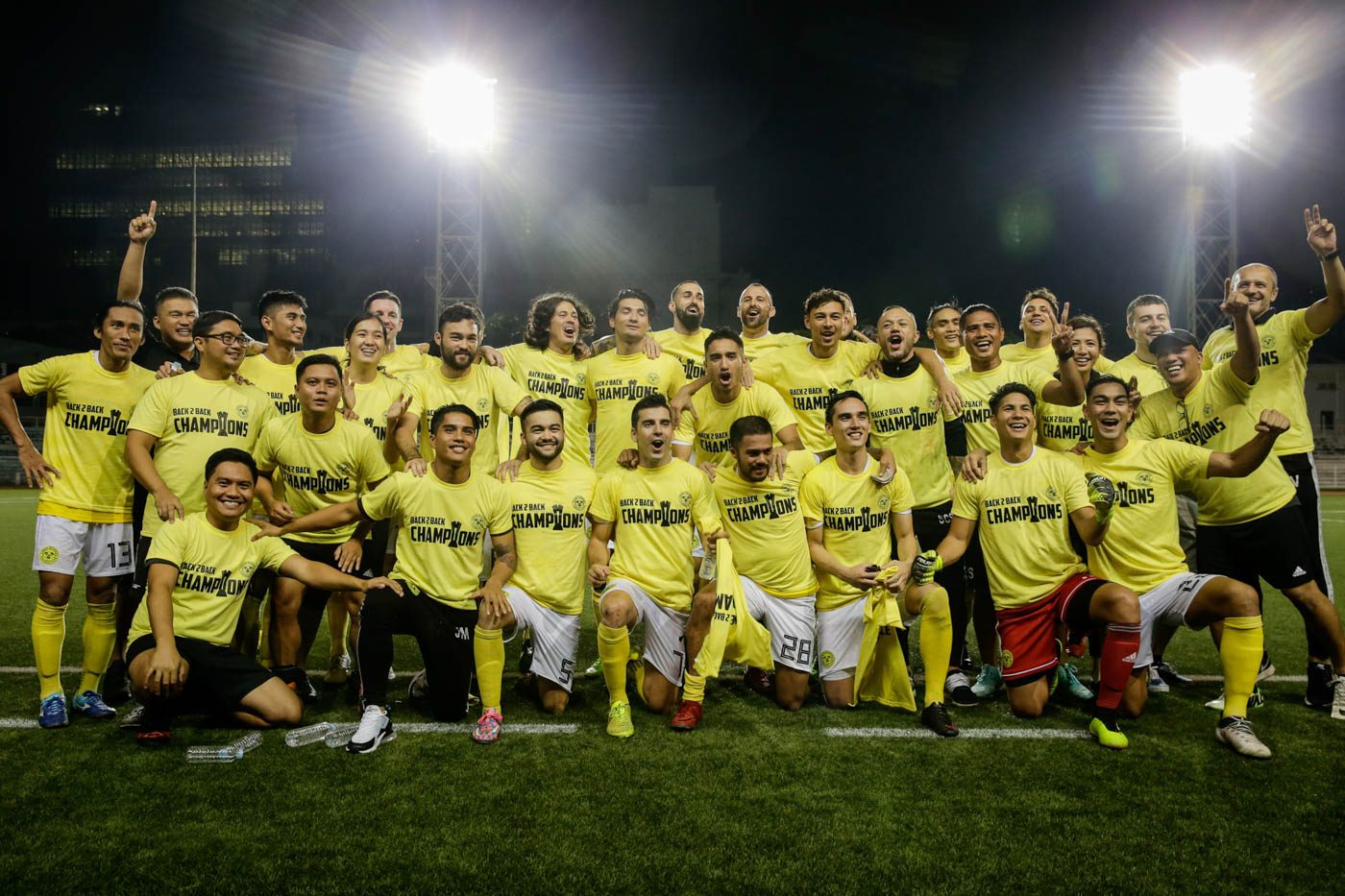 The Busmen clinched the crown after finishing the league with 54 points, surpassing the maximum number of points the secondnd-running Kaya FC-Iloilo could reach.

“If you look back, it (2nd PFL campaign) was not easy. We played many games, every 3 days, many injuries and we played against Kaya in Iloilo and it was really close. If you lose there, maybe it’s only 3 points difference so big pressure but we won there and I think this team deserves this title again because I think we played the best football in the league,” recalled head coach Risto Vidakovic on the run of Ceres-Negros.

Bienvienido Marañon opened the scoring in the 20th minute after receiving a pass from Manny Ott to work past defender Adam Mitter and finish it with a left-footed strike into the back of the net.

Mike Ott doubled the lead in the 36th minute, firing from outside the box towards the bottom-left corner. Three minutes later, Omid Nazari produced a half-volley goal from the edge of the box off a Mike Ott assist to triple the lead.

After Ceres erected a 3-0 lead at the half, Marvin Angeles opened the scoring for Global with a left-footed strike that got past Roland Muller in the 48th minute (3-1).

In the 66th minute, Lee Jeongmin brought down Patrick Reichelt in the box, awarding the penalty kick to Marañon. The Ceres striker, however, missed from the spot as the shot was blocked by Global keeper Florencio Badelic.

Marañon came back with a revenge goal in the 70th minute (4-1) after Badelic failed to deflect his shot from the center of the box.

In the 72nd mark, Badelic came forward from his line and committed a hard foul on Blake Powell whom the keeper tried to intercept inside the box . Powell took the penalty kick that found its way beyond the line despite a deflection from Badelic. However, the referee called for a retake which displayed a better spot kick from Powell (5-1).

74’- Blake Powell manages to convert from the spot on his second try. The first wasn’t counted. 5-1, Ceres. pic.twitter.com/2Day4N6dR5

Marañon completed the Ceres domination in the 88th minute as he tapped in Mike Ott’s cross for a hat-trick (6-1).

It’s not all celebration for the Busmen as they now turn their eyes back to the AFC Cup. They will face Singapore’s Home United in a two-legged ASEAN Zonal final starting on August 1 in Bacolod.