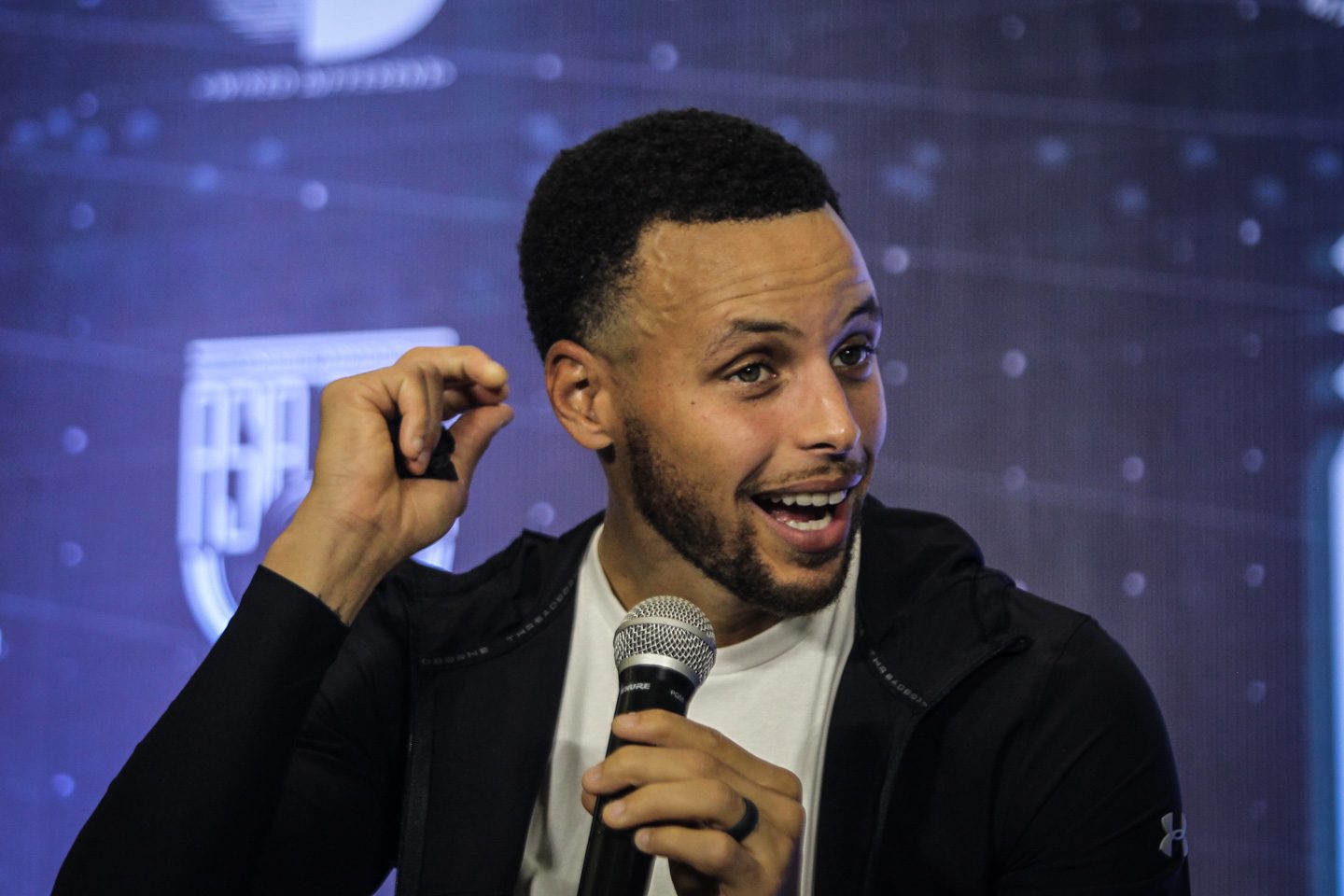 MANILA, Philippines – For Steph Curry, nothing beats the first.

Having won three of the last four NBA titles, the Golden State Warriors superstar couldn’t help but pick his first league championship as the most special moment in his nine-year professional career.

“Proudest NBA moment? That’s a tough one,” Curry paused as he addressed the media at the Kerry Sports Manila in Bonifacio Global City in Taguig on Friday, September 7, during a press conference of his Under Armour Asia Tour.

“Probably my first championship, in terms of getting over the hump of winning the first ring and understanding how hard it is to win a championship.”

Curry and the Warriors rose to international stardom after they defeated LeBron James and the Cleveland Cavaliers in six games of the best-of-seven finals affair to lift the Larry O’Brien Championship Trophy in 2015.

Not only did the Warriors end a 40-year title drought, they also spoiled James’ return to his hometown Cleveland after spending four years with the Miami Heat.

“The first championship is an unbelievable feeling. The first one holds a special feeling of course,” the two-time Most Valuable Player said.

Since then, Golden State has established itself as arguably the best team in the league.

After falling short of a title-retention bid in 2016 against the same Cavaliers squad, the Warriors added generational talent and former league MVP Kevin Durant to its already deadly lineup.

The result: Golden State took home the last two NBA championships, with the last one ending in a dominant sweep of Cleveland.

But Curry and Co. are far from done now that they have set their sights on leading the Warriors to becoming only the fourth franchise in NBA history to win at least three straight championships.

“We have an amazing opportunity to do something that is rarely done in the NBA, which is to win three in a row. I’m excited,” he said.

“I feel like I’m at my peak as a player and I want to stay at that level for as long as I can and I want to keep pushing myself. I have great teammates [and] a great organization to play for.” – Rappler.com