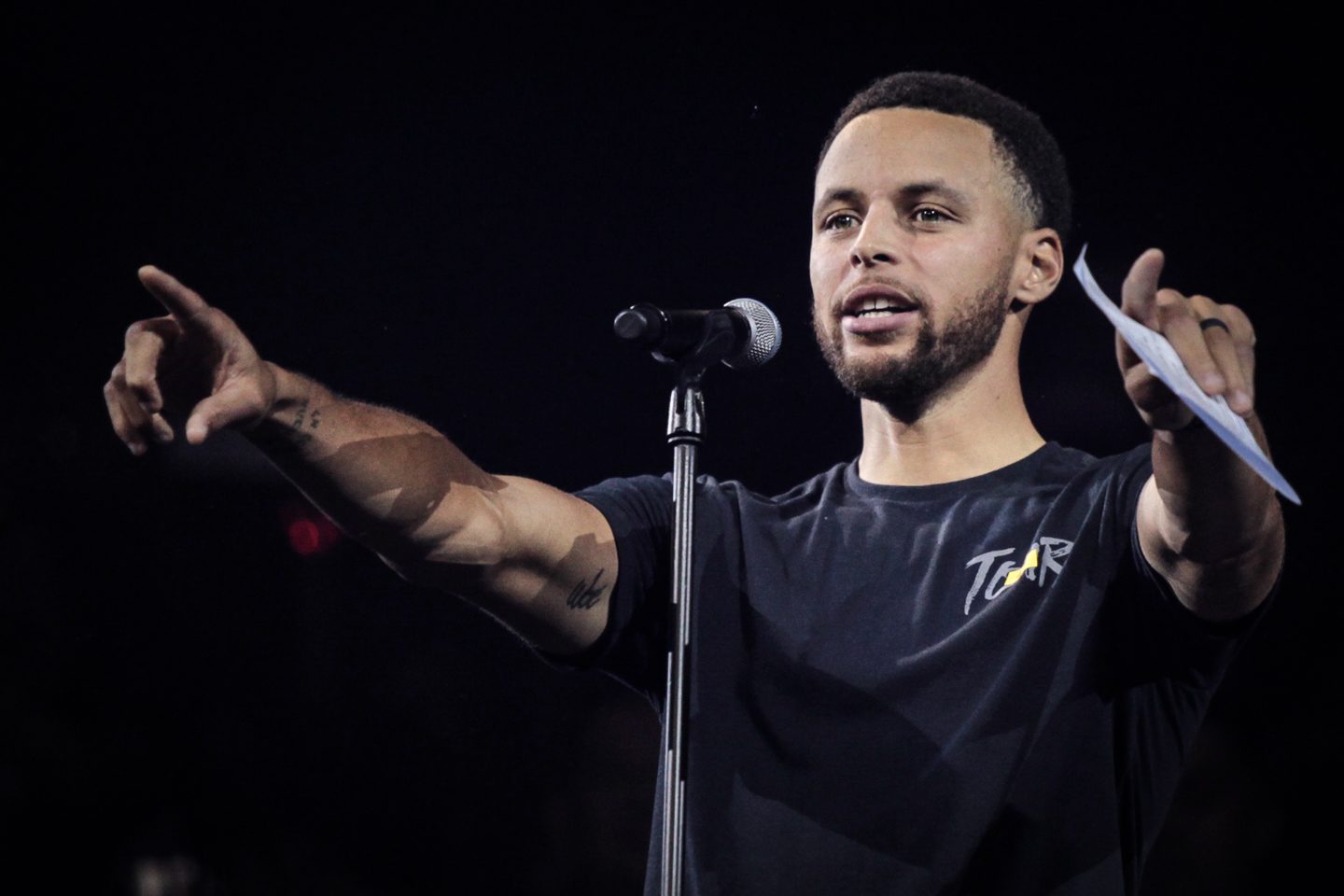 MANILA, Philippiines – The UAAP Season 81 is certainly off and running with a bang.

In an unannounced development, season host National University had no other than three-time NBA champion Stephen Curry to lead the traditional athletes’ oath of sportsmanship during the glittering opening ceremonies on Saturday, September 8 at the Mall of Asia Arena.

While NU announced beforehand that the two-time NBA MVP was set to appear for the opening ceremonies, there was no word on what his role would be.

The element of surprise very early on in the program caused a massive eruption of cheers from the fans in attendance, the overjoyed athletes gamely followed Curry as he completed the oath.

The sharpshooting superstar is currently in the country for a promotional tour of his Curry 5 Under Armour sneakers.

Curry took part in a media breakfast in Taguig and a 3X3 event in the Mall of Asia Arena last Friday, September 7, before returning to MOA for the UAAP opening.