Sep 13, 2018 8:12 PM PHT
Rappler.com
Facebook Twitter Copy URL
Copied
The Filipinos look to become the first team to beat the Iranians in their own turf in the World Cup qualifiers 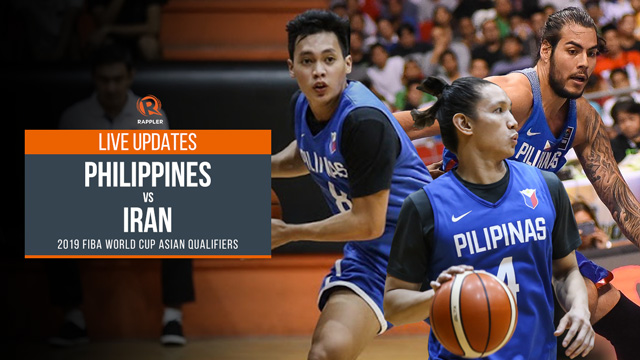 MANILA, Philippines – Just as it’s about to resume its bid for a World Cup berth with a retooled lineup, Team Pilipinas’ mettle will already be tested when it squares off against Asian powerhouse Iran.

The Filipinos will be in hostile territory as it tries to pull off an upset against the Iranians in Group F of the fourth window of the 2019 FIBA World Cup Asian Qualifiers at the Azady Gym in Tehran on Thursday, September 13.

The Philippines, which ended the first round of the Qualifiers with a 4-2 record, looks to become the first team to defeat Iran, which boasts a 5-1 card, in its own turf.

The Nationals will also be banking on the element of surprise, with 10 players from their 12-man lineup debuting in the Qualifiers. (READ: No Slaughter in Gilas final 12 as Thompson, Cabagnot suit up)