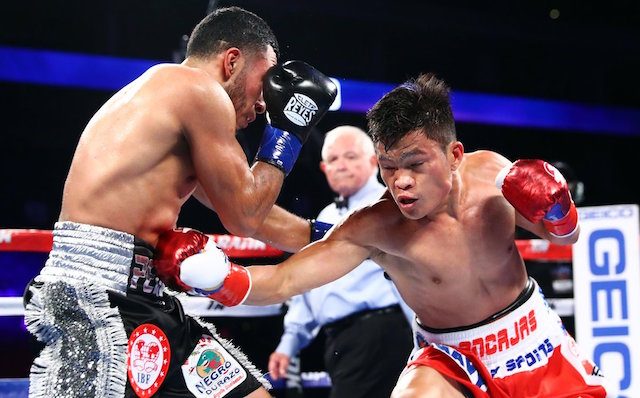 The pride of Panabo City saw his 17-fight winning streak snapped as he absorbed his second draw in his professional career. His record stands at 30-1-2 (20 knockouts).

After 4 consecutive wins via stoppage, this is the second straight time the “Pretty Boy” went the distance following his unanimous decision win over compatriot Jonas Sultan last May.

Although almost 4 inches taller than his foe, Ancajas failed to utilize his size advantage as the shifty Santiago Barrios waited for openings to land his overhand counters.

Ancajas pretty much owned the first 3 rounds behind his patented jabs until Santiago Barrios, touted as a heavy underdog heading into the bout, picked up the pace in the 4th and 5th rounds.

Shots to the body became Ancajas’ go-to move but those weren’t enough for the judges to rule him as the clear winner.

It was an action-packed final minute of the 2nd as Alex Santiago brought the fight to @jerwinancajas. #AncajasSantiago pic.twitter.com/fKsMZOT0vk