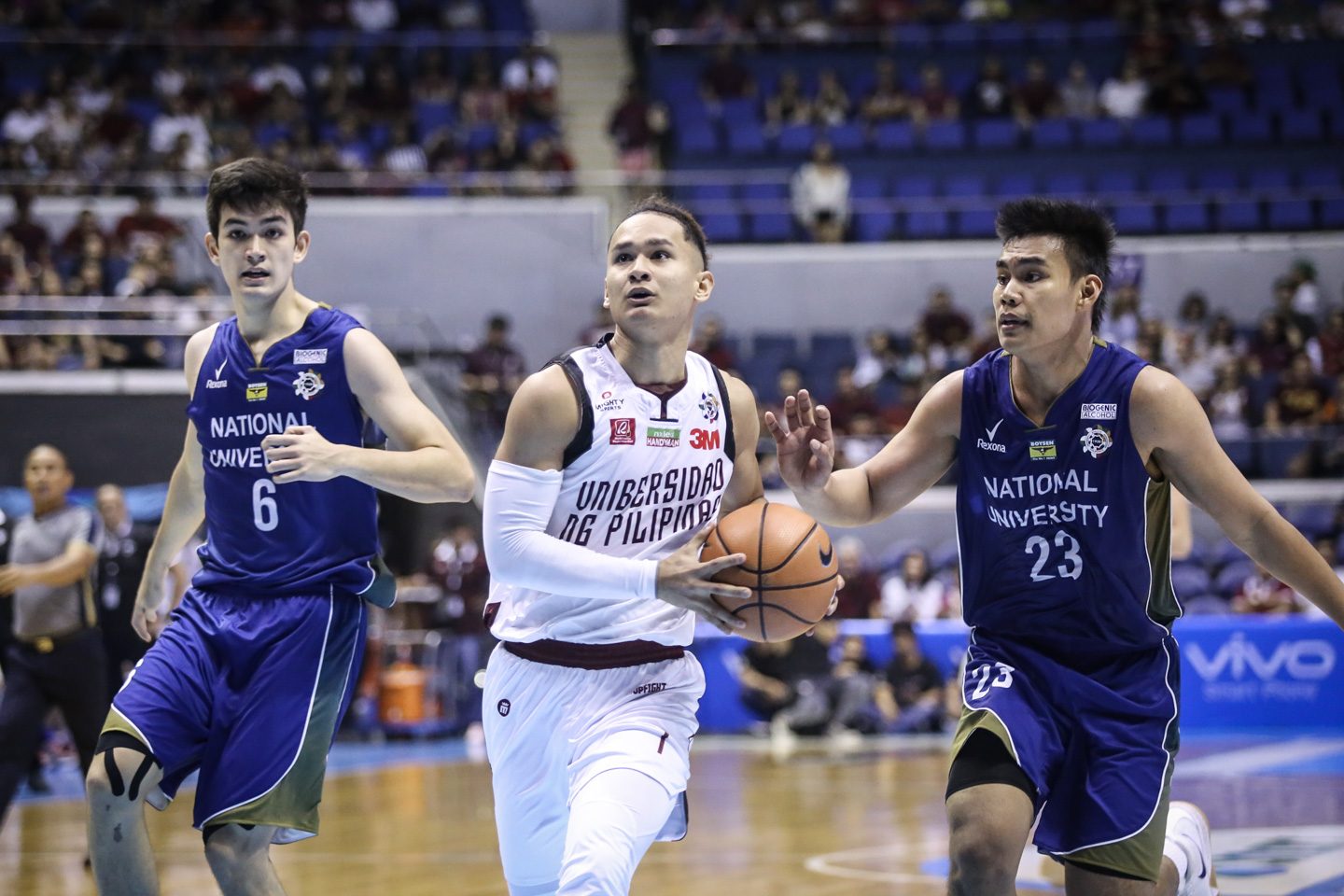 MANILA, Philippines – The Gomez de Liaño brothers put on a show as the University of the Philippines escaped National University, 89-88, to climb to a share of 4th place in the UAAP men’s basketball tournament at the Araneta Coliseum on Sunday, October 7.

Juan and Javi Gomez de Liaño – nicknamed as the “GDL brothers” – teamed up to help the UP Maroons regain control against the NU Bulldogs side that refused to go away easily.

Juan had a statsheet-stuffer game of 20 points, 7 boards, 6 assists and 3 steals, while older brother Javi chipped in a career-high 19 markers with 8 boards and 4 dimes.

Bright Akhuetie has made a habit out of dropping 20-20 games, finishing with a career-high 21 points plus 20 rebounds for the Maroons, who improved to 3-3 for a share of the 4th spot with the La Salle Green Archers.

The Bulldogs gave the Maroons a scare in the closing seconds as NU’s Shaun Ildefonso quickly drove hard to the other end to cut the lead to one, 89-88, after UP’s Jun Manzo missed two free throws.

Javi Gomez de Liaño got fouled on the inbound but also missed both his charities.

With time winding down, NU’s JV Gallego raced the length of the floor but opted to pass instead of putting up a shot, allowing UP to escape with the win after four straight missed free throws.

Gilas cadet Joshua Sinclair also had a career-high double-double, scoring 13 points on a spotless 5-of-5 clip and grabbing 11 rebounds for the Bulldogs.

NU absorbed its fifth straight loss to fall into a tie with UE Red Warriors at last place at 1-5.